German Interior Minister de Maiziere has been discussing security issues in Washington with the US Homeland Security Secretary Johnson. The two allies are due to sign an agreement to improve anti-terror cooperation. 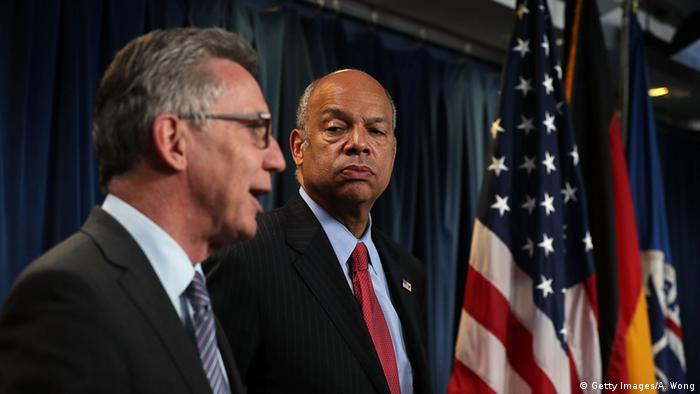 German Interior Minister Thomas de Maiziere and US Secretary of Homeland Security Jeh Johnson agreed Tuesday to reinforce their partnership in the fight against Islamist terrorism.

At a press conference following their talks in Washington, the German minister said the two countries wanted to share more information, counter Islamist extremist propaganda online, and exchange data about refugees who may be planning attacks.

"Terrorism is a threat to all of us. Therefore what we have to do ...is to be steadfast and to cooperate internationally," de Maiziere said.

The US has demanded a more intensive exchange of data following the Brussels attacks in March and the Paris attacks last November. 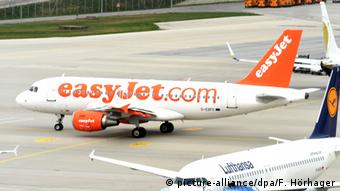 New EU rules for sharing passenger data are in place

Johnson welcomed an "increased commitment" by European nations to cooperate with Washington in the fight against terrorism.

He referred to an EU directive, agreed by the European Parliament last month, where the collection of airline passenger data will be harmonized across the bloc.

On Wednesday, de Maiziere was due to meet US Justice Minister Loretta Lynch, and sign an agreement to share information, but specifics of the document are unclear.