A judge in Germany has put proceedings against a former Nazi guard on hold until January. Johann Rehbogen has said he is ashamed of being in the SS but was unaware of the mass killings at the Stutthof concentration camp. 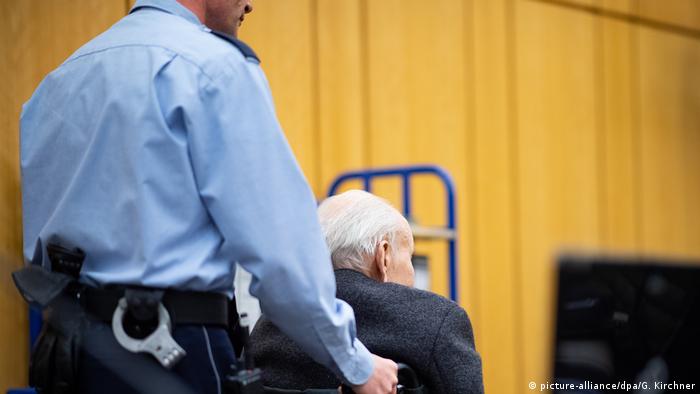 A 95-year-old former guard at the Stutthof concentration camp had his trial suspended on Thursday due to severe health problems. Johann Rehbogen is accused of complicity in some of the murders of the 65,000 people who died in the Nazi camp between 1939 and 1945.

Rehbogen's trial began in November, but has been postponed several times due to the defendant's serious heart and kidney issues. A doctor will rule in January as to whether or not the nonagenarian is fit to stand trial.

From 1942 to 1944, Rehbogen was a member of the SS stationed at the Stutthof camp, near what is now Gdansk, Poland. He was aged 18 to 20 at the time. During that period, several hundred prisoners were gassed to death as part of Adolf Hitler's "Final Solution."

Rehbogen broke down in tears at the start of his trial and said he was ashamed to have been a member of the SS. He added, however, that he was unaware of the systematic murders taking place at the camp.

If convicted, he faces up to 15 years in prison, but is unlikely to actually find himself behind bars due to his advanced age and his right to appeal the verdict.

Germany is racing to convict as many Nazi criminals as possible before they all pass away. In recent years, several men above the age of 90 have been convicted for their roles as cogs in Hitler's killing machine.

'Memoryless' pawns: A writer reckons with her Nazi collaborating grandparents

The winner of the European Book Prize, Geraldine Schwarz spoke to DW about how France and Germany have strugged to reconcile a difficult past and why, as a grandchild of Nazi collaborators, she wrote "The Memoryless." (06.12.2018)

Germany's Nazi past still haunts the country today. A former SS guard at a concentration camp, charged with aiding and abetting hundreds of murders, is standing trial in Münster's district court. (06.11.2018)