Germany has deployed an additional 130 border staff to stop illegal immigrants at the Swiss border. As more migrants arrive in Italy, Switzerland has become a new transit route for migrants trying to reach Germany. 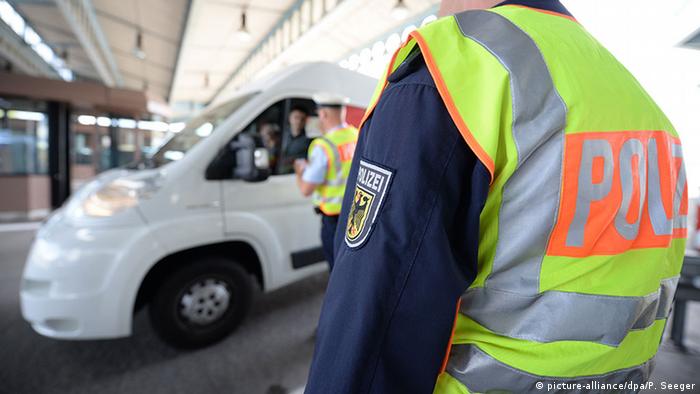 Switzerland is becoming a new transit route for migrants trying to enter Germany, Swiss media reported on Sunday, a development that has prompted Germany to beef up border security.

"Germany is consistently securing the border to Switzerland," Maurer told a congress of the right-wing Swiss People's Party (SVP) over the weekend, the "Neue Zürcher Zeitung am Sonntag" reported him as saying.

He used the tougher German response to justify his country sending back to Italy nearly 1,000 migrants a day. "Germany has clearly moved away from its welcoming attitude," he said.

Switzerland still accepts people seeking asylum in the country, but sends back those with no rights to asylum or who only want to travel to countries further north.

The German interior ministry in Berlin confirmed the extra border forces, saying they were deployed to detain or expel people who illegally enter the country or do not seek asylum. A spokesperson from the ministry said the border was reinforced in response to the still significant number of migrants crossing the Mediterranean to Italy.

Germany took in nearly a million migrants fleeing war and poverty in Middle East and Africa last year. Most arrived from Austria after transiting through the Balkan route before it was largely closed earlier this year.

With the closure of the Balkan route, Italy has become the new center of migrant arrivals in Europe. According to the EU border agency Frontex, from the beginning of the year to July some 95,000 migrants have arrived in Italy, a 12 percent increase from last year.

NZZ cited German federal police in Berlin saying 3,385 illegal immigrants from Switzerland have been caught this year, up 40 percent from the same period last year.

More than 3 billion euros will need to go to integrating refugees into Germany's education system, a new study has found. Migration continues to be one of the most daunting challenges facing Germany for the coming year. (18.08.2016)