Germany is to begin surveillance of a growing subculture with some far-right affiliations known as the "prepper scene." The network collects weapons and other supplies in case of natural disasters or social collapse. 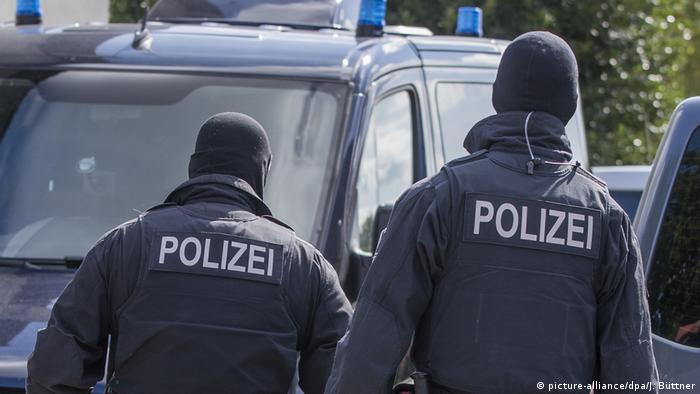 Germany's federal and state interior ministers have decided to keep the country's growing "prepper" scene under surveillance, according to a report by the RND media group. The issue was raised at the interior ministers' conference in Leipzig, where both governing parties, the conservative Christian Democratic Union (CDU) and the center-left Social Democratic Party (SPD), were understood to support the measure.

The "prepper scene" refers to a loose network of people collecting firearms and other supplies in preparation for a collapse of state power. There are thought to be well over 100,000 preppers in Germany, and there are suspicions that some members have connection to the far-right, though few details are publicly known.

During an anti-terrorism raid in the northeastern state of Mecklenburg-Western Pomerania at the end of August, German police searched the offices and apartments of six preppers, two of whom were suspected of preparing a terrorist act — though no arrests were made. In response, the state's Interior Minister Lorenz Caffier established a commission to investigate the preppers. 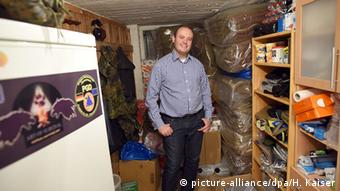 Most preppers are law-abiding — though maybe a little unconventional

The newspaper Die Welt reported in September that the investigators had found lists of more than 5,000 mostly left-wing local and national politicians during the raid, with files on the politicians including their names, addresses and photos — though there was no clear evidence that the politicians in question were being spied on by the preppers. The group that was searched included both an active police officer and a Rostock-based lawyer who has denied that the list was a "kill list."

The taz newspaper reported that five of the six men searched were members of the German military's reservists' association, and would therefore have had regular access to firearms. The six men belonged to a network that exchanged messages in a chat group on the encrypted messenger service Telegram, in which they discussed the Bundeswehr's troop movements and vaccine shortages.

There are indications that this prepper scene had ties to Germany's neo-Nazis. According to Die Welt, the August raid was carried out as part of the investigations into Franco A., a far-right Bundeswehr officer who was arrested earlier this year for allegedly planning a "false flag" terrorist attack in disguise as a Syrian refugee.

A German prepper who wanted to remain anonymous told DW that he had encountered people from the "far-right scene" among preppers who wanted to make money from survivalists, while some preppers had stopped using the term altogether because of such extremist connotations. "You also find people with Scientology connections and 'info warriors' in the scene," he said. "But there are also fairly normal people like me, who already had to live off my provisions twice, when money was very tight." 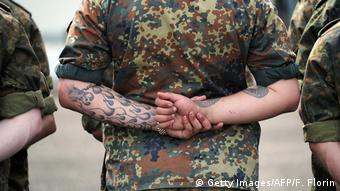 Some preppers are also reservists and soldiers

The German prepper community (PGD) responded to the interior ministers' decision by rejecting any association with extremism, but blamed other preppers for bringing the attention from the authorities on themselves. "We're not surprised," an online statement read. "With their secretiveness, their unrealistic scenarios and conspiracy theories, some people have contributed to putting us all under surveillance."

PGD founder Bastian Blum said that what needed to change was the "lone survivor" mentality. "The almost countless disasters in the US show us one thing, and that is that we can only survive the crisis together," he wrote in the statement. "We have to stand together as a society in every crisis and catastrophe, and to reject the forces that want a collapse."

The PGD identifies its own roots in a 19th century American movement that originated among farmers during lean times in the US Civil War. "The prepper educates himself in various areas and specializes in them," the PGD website says. "The prepper acquires capabilities over time, during which he makes his preparations and studies the most diverse possible danger situations such as tornados, flooding, earthquakes, economic collapse, wars, etc., as well as circumstances in his immediate surroundings."

The skills listed on the PGD site include finding food, treating water, hunting skills, self-defense, first aid, as well as building shelters and bunkers. The site also describes firearms as the "biggest difference" between preppers in the US and Europe.

Since guns are easier to buy in the US, the site argues that US preppers are beginning to fear that other preppers are becoming more armed than they are, and so might be able to overpower them in a crisis situation — resulting in a "spiral of rearmament." Unlike in Europe, prepping has also become a major industry in the US, where businesses now routinely sell survival equipment and offer courses to prepare for a crisis situation. Many US preppers are also Mormons, a religion that teaches its followers to collect and keep food and money in reserve.

Despite the far-right associations of the preppers' movement, the PGD points out that the German government itself has an agency dedicated to "civil protection and disaster assistance" (BBK), which publishes pamphlets on how to prepare for disaster scenarios. The PGD says that preppers are "experienced partners" for the government on the issue. The BBK even advises citizens to keep an "emergency rucksack" ready in case of evacuations, containing a first aid kit, a radio with batteries, a camera, and provisions.

A 50-year-old German has been sentenced to life in prison for murdering a police officer. The man was allegedly a member of the Reichsbürger extremist group, which rejects the legitimacy of the German state. (23.10.2017)