Germany To Spend €1.9 Billion To Develop Elite Universities | Germany | News and in-depth reporting from Berlin and beyond | DW | 08.06.2004

Berlin is planning to give its stagnating university system a shot in the arm with a €1.9 billion program to create Germany's version of Ivy League elite colleges. Officials hope it will spur academic competition. 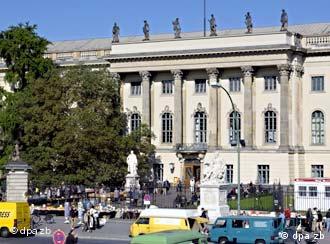 Berlin's Humboldt University is one of a number of schools that could vie for elite status.

Education Minister Edelgard Bulmahn says the money is to encourage competition between universities and to reward centers of excellence. 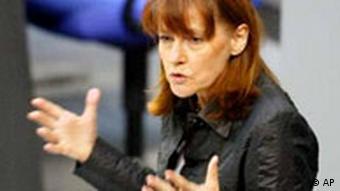 "We need a climate where universities engage in competition," Bulmahn said on Monday. "We have a lot of experience funding and organizing outstanding scientific excellence in our research institutes. But we don’t have high-performance universities that are acknowledged worldwide. So that means we need more competition between universities and the willingness to attract people not only from our own universities and surroundings, but from abroad as well."

Germany’s long-standing image of the land of poets and philosophers has been severely tarnished in recent years as international studies on education have shown the German primary school system to be mediocre at best. The situation in the country's universities is only slightly better.

Bulmahn wants Germany to become more active in the race for the world’s best brains by establishing elite universities that one day, the government hopes, will rival Harvard, Oxford or American Ivy League universities. The plan for the extra funding has received the full backing from the country’s powerful state premiers, who are in charge of education here, and a competition to determine which universities get the money will be held later this year.

Ten will be singled out, with each receiving an extra €25 million a year. A parallel program will also reward individual departments with strong academic records and leading research groups. The competition for the pot of gold will be fierce because many university heads, including Dieter Lenzen of Berlin’s Free University, think they stand a good chance of winning.

"There is already a ranking of German universities," he says. "And after Munich and Heidelberg, Berlin’s Free University is in third place. So I think we are well-positioned for the competition."

A jury of German research and science experts is to establish criteria for selecting the best universities. Internationally renowned research results and an emphasis on promoting talented students, are said to be among them.

But some observers have warned the government against neglecting the broader spectrum of university education in its drive for top performance and elite schools.

"It is of course important to establish elite institutions," says Karl Einhäuptl of the National Science Council, "but at the same time we must strive to maintain the high standards of our universities in general. It’s not surprising that German scientists are wanted by American institutions. That’s because they are well-trained."

The initiative is also meant to attract more foreign students to German universities. Easier access to jobs here, which is expected to come with a new immigration law and the absence of tuition fees, the government hopes, will serve as extra incentives to aspiring academics from abroad.

German Press Review: An Elite University or a University for the Elite?

After Chancellor Schröder’s Social Democrats aired proposals to set up a small network of elite universities similar to ones in the United States and Britain, editorials across the country criticized the initiative. (Jan. 7, 2004)