Berlin's return of a 3,500-year-old sphinx highlights the tensions that often go along with housing cultural goods. Turkey has threatened a ban on German archaeologists if the sculpture isn't promptly returned. 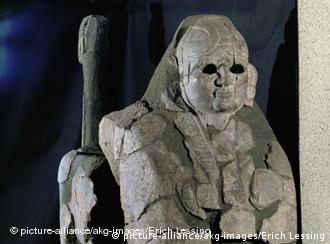 The Hattusa Sphinx is currently displayed in Berlin's Pergamon Museum

The Sphinx of Hattusa, an ancient winged lion sculpture carved in stone, will likely be given back to Turkey, the country where it was uncovered around a century ago.

Returning the sphinx represents "an absolute exception," stressed Hermann Parzinger of the Prussian Cultural Heritage Foundation, who has denied parallels between return of the sphinx to Turkey and Egypt's demands for a return of the famous Nefertiti bust, which is on display in Berlin.

The Prussian Cultural Heritage Foundation manages many of Berlin's most famous museums and cultural treasures including the sphinx estimated to be around 3,500 years old.

"I think this is possible because it's an individual case, incomparable to others, so it would not create a precedent for any other restitution demands," said German culture minister Bernd Neumann in a statement.

In contrast to the Nefertiti bust, there are no documents showing who has rightful ownership of the sphinx, Parzinger said, speculating that Berlin may have kept the Sphinx of Hattusa in return for restoration work it did on other artifacts belonging to Turkey.

Parzinger added that the records relating to the bust of Nefertiti show clear ownership rights for Germany. 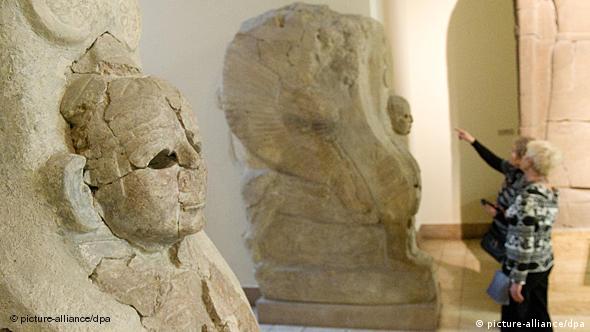 Sphinx figures have a human head but a lion's body

Turkey's culture minister Ertugrul Günay was in the German capital this week and discussed the issue with Neumann, who on Wednesday signaled his readiness to give back the statue. The two also talked about encouraging cooperation between German and Turkish archaeological researchers.

Günay had previously issued an ultimatum on the return of the sphinx. If Germany didn't hand the artifact over by June, the German Archaeological Institute would be forbidden from further excavation work in the Hattusa region where the statue was discovered.

Parzinger criticized the threat against the work of German archaeologists. "This should be seen as a voluntary gesture on Germany's behalf that should strengthen cooperation between us," Parzinger said. 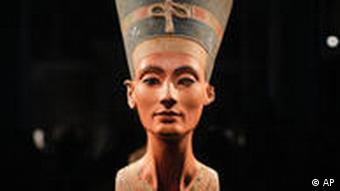 The Sphinx of Hattusa was discovered by German archaeologists in 1907. The figure was then brought to Germany in 1915, along with a second sphinx, where both were restored and examined in Berlin's Museum of the Ancient Near East.

The better preserved of the two sculptures was returned to Turkey in 1924, while the Sphinx of Hattusa has been on display in Berlin since 1934.

Uncovered amidst a number of other ruins, the sphinx was once attached to a large city gate and formed part of an imposing welcome to the ancient Hittite capital Hattusa in central Turkey.

In Berlin, art turns up in strange places

From old Nazi bunkers to train stations, art can be found nearly everywhere in Berlin - even in museums. DW's Anne Thomas discovered art in the most unlikely places and found some striking juxtapositions. (12.11.2010)