Germany to push for imams to be trained locally, not abroad | Germany| News and in-depth reporting from Berlin and beyond | DW | 05.04.2019

In an effort to curb foreign influence and foster integration, the German government is pressing for imams to be educated locally, in Germany. Are German Muslim communities willing to back the idea? DW investigates. 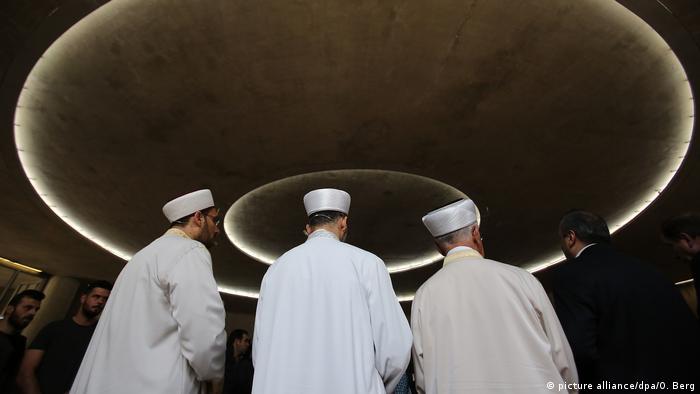 Forty-three-year-old imam Murat Gül is president of the Islamic Federation of Berlin and teaches Islam at the local Rosa Parks primary school.

"Ever since I was a young boy, I had a love for the Koran," said Gül, who was born in the southwestern German town of Weinheim. He read it at home with his father, went to Turkey, attended a Koran course and finished his Islamic studies in Egypt. Gül said that while he was interested in learning about Islam, he "never planned to become an imam."

Upon his return to Germany, Gül applied to study medicine: "But then I witnessed young people using drugs, with no vision for the future." This inspired him to help children. "So I started to give Islam lessons," he said.

Gül believes that in order to understand and address the needs of the Muslim community, Imams in Germany should know the language, the education system and the culture of the country they live in.

Among Germany's nearly 4.5 million Muslims, around 3 million are of Turkish origin. Almost 90 percent of imams in Germany are educated outside the country. The majority of them come from Turkey.

The German Islam Conference, convened by Germany's interior minister since 2006, set a goal last November to address the education and financing of local imams.

The German government believes it is time to increase the Muslim community's integration into society by reducing foreign financial and institutional influence. It is therefore pushing for an "Islam in, from and for Germany" initiative to find a solution for the very low number of local imams. 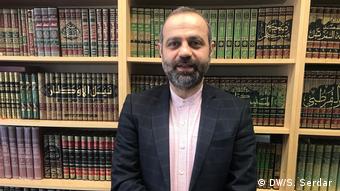 Imam Murat Gül: Imams need to know the country and the language

When young people born and raised in Germany go to mosques or seek the advice of an imam, "then it would be an advantage if the religious staff in the mosques has a certain experience in German daily life," said Deputy Interior Minister Markus Kerber.

"Our aim is not to 'Germanize' Islam," said Kerber, who is the official in charge of relations between the German government and the country's Muslim community. "We want Muslims living here to feel truly at home and accepted and that they enrich our country."

However, the plan to educate local imams, with some exceptions, hasn't materialized. Language remains a barrier and the German government is taking action to change this.

The Interior Ministry recently announced that the government is planning to amend Germany's residency law to require German language knowledge for foreign religious functionaries coming to the country. This requirement was also listed as one of the criteria by the German Defense Ministry, which said this week that Islamic spiritual councilors working for the military would need to be fluent in German and be graduates of a state-recognized university teaching Islamic theology.

In Germany, Islamic theology is currently taught in Münster, Tübingen, Osnabrück, Frankfurt/Giessen and Erlangen-Nuremberg. Another institute will open this year at Berlin's Humboldt University.

However, Rauf Ceylan, professor at Osnabrück University's Institute for Islamic Theology, said graduates of these institutes do not automatically qualify as imams and still need practical training. "Reading of the Koran, how to perform a prayer, how to wash the deceased — our students go through a scientific education so we cannot teach these practical issues," Ceylan said. "There will be a need for an academy."

The professional development pilot project for imams at Osnabrück University, which had 150 attendees, was terminated in 2018 after eight years when funding ended.

When it comes to the issue of foreign influence among the Muslim community in Germany, the Turkish-Islamic Union for Religious Affairs (DITIB) has been front and center in the debate. Imams at DITIB, which is Germany's largest Islamic umbrella group with 900 mosques, are educated, financed and sent from Turkey.

"We are no longer dealing with a religious organization but with a foreign state that is sending imams," said parliamentarian Christoph de Vries, who is a member of Chancellor Angela Merkel's conservative Christian Democratic Union.

Deputy Interior Minister Kerber told DW that discussions are underway with the Diyanet religious authority, Turkey's state directorate for religious affairs. "We gradually want imams to be educated here and religious authorities to no longer be sent from Turkey," he said.

In recent years, spying allegations, the glorification of Turkey's military assault on the Syrian Kurdish city of Afrin inside DITIB mosques and the participation of Muslim Brotherhood members in a DITIB event in January has pushed the German government to intensify efforts to separate DITIB from the Turkish government. The residency law amendment is aimed at doing just that.

Who will provide finance?

The biggest challenge, according to German Green party lawmaker Filiz Polat, is how DITIB mosques would finance their own imams without relying on the Turkish state. "Right now, the mosques are getting their educated imams for free," she said. "In the future, they will have to finance it themselves or get support from the umbrella organization."

Polat believes the Muslim Ahmediyya Community, with around 40,000 members and more than 50 mosques in Germany, is a good example to follow. "All communities contribute to a common pot and then this is equally distributed so that the small communities can also afford an imam," she said.

"Considering the number of Muslims with Turkish heritage, this is definitely doable," Polat added. "The question is, do Muslims want to be independent from their country of origin and do they want an imam education in Germany?"

DITIB, meanwhile, appears ready to respond to these demands. Abdurrahman Atasoy, the general secretary of DITIB, told DW that the organization will soon launch a project to educate imams in Germany and offer them job opportunities in the country.

However, coming up with funds overnight to pay more than 1,000 religious officials is a big challenge. "We also want to find a system appropriate for German standards and we are working on this," Atasoy said. "Building these mechanisms takes time."

A Düsseldorf kindergarten has been hit with a barrage of hate mail for recruiting an imam to instruct children in religious education. The pastor behind the idea said he'd never experienced anything like it. (16.03.2019)