The German subsidiary of the Russian gas giant was placed into temporary administration in April. 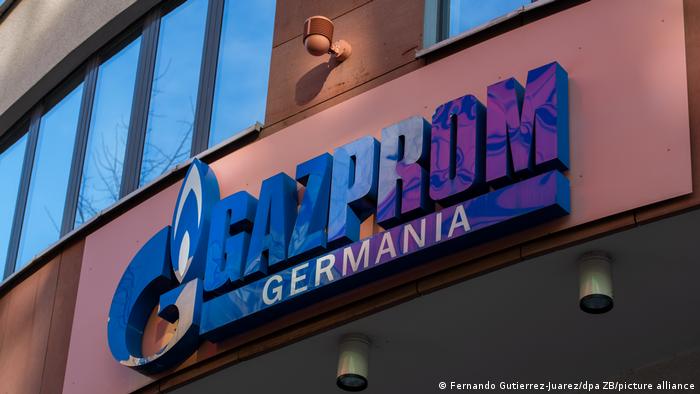 The German government said on Tuesday that it will place Gazprom Germania into long-term administration and provide it with a loan of up to €10 billion ($10.4 billion) to stop the company from going insolvent.

The subsidiary of the Russian gas giant Gazprom was taken under temporary administration following Russia's invasion of Ukraine.

A government spokesperson told Reuters news agency that the company will be renamed Securing Energy for Europe GmbH. The funding the keep the company afloat will come through the state-run development bank KfW.

"With this approach, the German government can maintain control over this part of critical energy infrastructure and prevent threats to energy security," the government said in a statement.

Why did the German government take control of Gazprom Germania?

Gazprom severed ties with its German subsidiary after Moscow imposed retaliatory sanctions against the daughter company.

Germany is highly dependent on Russian gas and has repeatedly rejected calls to place an embargo on its imports despite the war in Ukraine. After turning off its nuclear power plants, Germany has become increasingly reliant on fossil fuels for its energy needs

However, a more immediate reaction to Russia's invasion was to cancel the Nord Stream 2 pipeline project that would have increased the capacity for pumping Russian gas into Germany, and thus end Russia's dependence on key infrastructure running through Ukraine.

German energy supplies in the balance

Gazprom Germania has played a key role in securing the energy supply for Germany and the loan announcement on Tuesday is intended to prop up its role in ensuring gas supplies and prevent bankruptcy.

The German company is made up of its own subsidiaries such as the storage firm Astora which is in charge of operating some 6 billion cubic meters of underground gas caverns in Germany and Austria.

The bailout announcement came as the Russian Gazprom said it was reducing the flow of gas into Germany through the already existing Nord Stream 1 pipeline by 40% due to the need for repairs.

The company cited delays on the part of the German company Siemens that is involved in the repairs, but the move sparked concern after Russia cut off gas to countries such as Poland and Bulgaria.

German Vice-Chancellor Robert Habeck has said he is working on finding alternatives to Russian energy and the government is planning to build LNG terminals, but a complete cutting off of Russian fuel will take time.