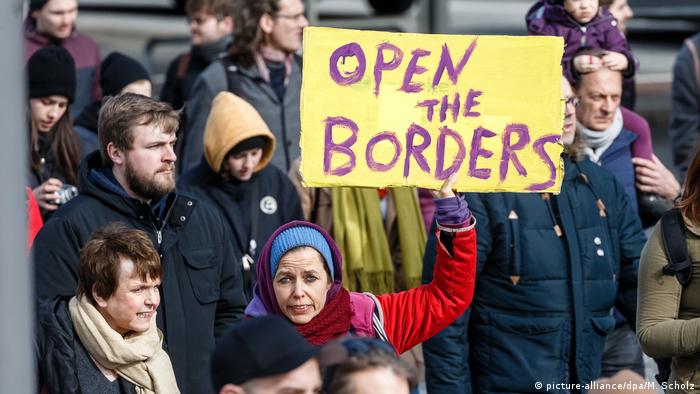 Up to 5,000 people gathered in Hamburg on Saturday in protest of the German government's handling of the fresh migrant crisis unfolding at the Turkish-Greek border.

The rally took place in response to the rush by thousands of and migrants and refugees in Turkey — many from Afghanistan, Iran and Syria — towards the EU border last week after Turkish President Recep Tayyip Erdogan announced that the frontier had been reopened. Germany, along with other EU countries, has maintained that the border remains closed.

"When Europe officially closes its borders and state-condoned violence against those seeking refuge escalates, then everyone needs to go to the streets in solidarity with the right to asylum," said protest organizer Christoph Kleine of the activist group "Seebrücke" (Sea bridge).

There have been many reports of Greek and EU forces using tear gas and force to prevent people from crossing the border into the European Union. 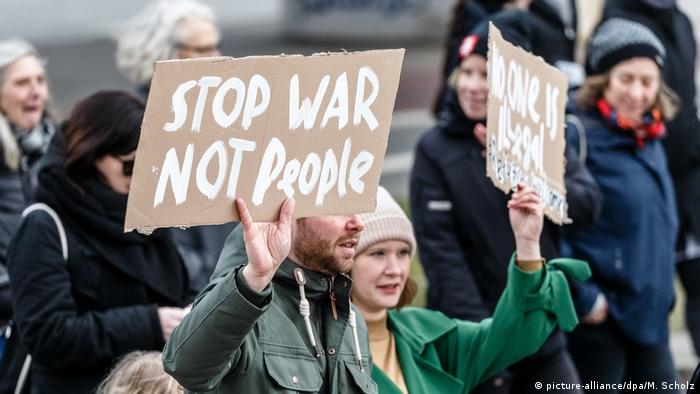 Thousands gathered with placards in Hamburg

'I am ashamed of Europe'

Police put the number of protesters at 3,900, while organizers claim over 5,000 were present. Many chanted: "Hamburg has space," a reference to some politicians' claims that Germany does not have enough room to house more migrants and refugees.

"We are more than 5,000 people!" the Seebrücke group wrote on Twitter.

The protest also aimed to draw attention to worsening conditions in the huge Moria migrant camp on the Greek island of Lesbos.

The protesters' demands echo those made by several German politicians on the left, who have asked Chancellor Angela Merkel to take in vulnerable refugees.

"Putting all political calculation aside, now is the time to act and at the very least get at least children and young unaccompanied refugees out of this situation," said the center-left Social Democrats' Michael Müller, mayor of Berlin.

The protest was the largest of several across Germany, and comes one week after the group gathered in front of Merkel's official residence in Berlin.

As more and more people flee Syria, Turkey has opened its border to allow refugees and others to enter Europe. DW looks at the situation at the Turkish-Greek border and whether a new migration crisis is brewing. (04.03.2020)