During the COVID pandemic, epidemiologist and eccentric Karl Lauterbach became known as a voice of reason for some, and an infuriating lockdown supporter for others. Now he will be Germany's new health minister. 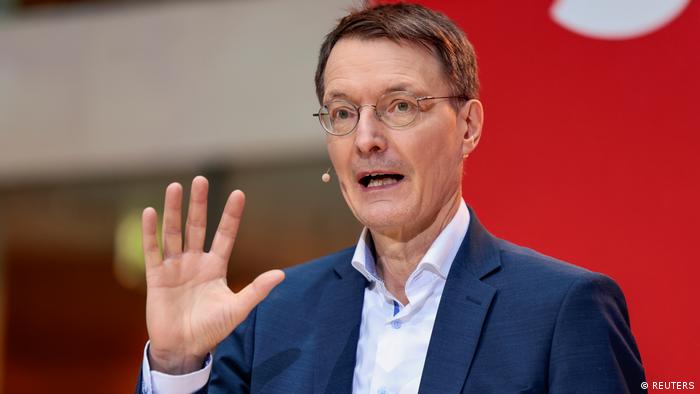 Karl Lauterbach, Germany's next health minister, is an expert on COVID-19.

Karl Lauterbach has been explaining the science behind the coronavirus pandemic to Germans for almost two years now. The center-left Social Democrat (SPD) member of parliament is also a physician with two doctorates and a professorship. He has researched and taught at Harvard University in the United States, is a regular guest on talk shows, gives interviews and regularly tweets — sometimes every hour.

And recently, most of the time, his media appearances were to impart bad news. He regularly called for a tougher stance and more restrictions in Germany's coronavirus policy, and almost always his predictions came true.

Karl Lauterbach is a controversial figure. Some are annoyed and insult him as a "Cassandra," a nod to the ancient Greek mythical clairvoyant who always predicted disaster. Such foresight can unsettle society.

COVID deniers and anti-vaxxers are especially pointed in their hatred of him, often sending him death threats.

But many others trust him, and some even became ardent supporters during the course of the pandemic. In his constituency in Leverkusen, North Rhine-Westphalia, Lauterbach achieved an outstanding 45.6% of the vote in the federal election in September.

During the subsequent coalition talks it became known that the SPD would assign the health minister in the new government, and a campaign for him to take the role was immediately formed on social media. The hashtag #WirwollenKarl ("We want Karl") trended for days on Twitter.

As recently as Sunday evening, a few hours before the SPD ministerial candidates were announced, an intensive care physician said on a TV talk show to Lauterbach that she wanted him in the job.

"I know many colleagues including myself, Mr. Lauterbach, who would be very happy if you became our future health minister, because you are someone from the field — a doctor," she said.

"There's no one who could fill the role like you could — competently."

This popularity is probably what party compatriot and incoming Chancellor Olaf Scholz couldn't ignore in the end, and what ensured his appointment.

"Most citizens wanted the next health minister to be someone from the field, someone who can do the job really well, and someone with the name Karl Lauterbach," Scholz said at the presentation of the Social Democratic ministerial candidates in Berlin on Tuesday. "He will be."

With the appointment, Karl Lauterbach has achieved what he wanted.

"Of course, I would not turn down a ministerial post in those areas in which I know my way around well," he said publicly even before the election, leaving no doubt that he considered himself the most suitable candidate for the post. 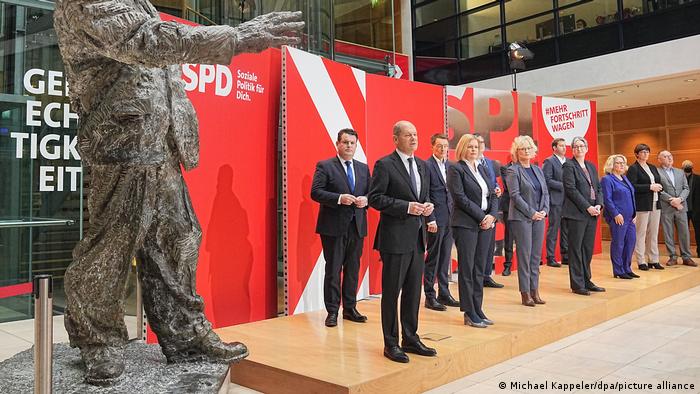 Lone wolf in the Bundestag

But the appointment was a highly controversial decision within the SPD right up to the end. In the party, to which Lauterbach has belonged for 16 years as a directly elected member of parliament, he is regarded as a lone wolf, an eccentric and a know-it-all.

One long-established joke about him goes like this: Karl Lauterbach meets a little boy on the street and asks him, "How old are you?"

To which Lauterbach says: "When I was your age, I was already nine!"

Lauterbach found his way to politics late in life. He studied medicine, epidemiology and health management in Germany and the US, where he earned several degrees. As a fellow at Harvard Medical School, he was sponsored by the German Konrad Adenauer Foundation, which is close to outgoing Chancellor Angela Merkel's center-right Christian Democrats, and for a time he was also a member of that party.

Back in Germany, he became a university professor in Cologne and director of an institute for health economics and clinical epidemiology that he founded on behalf of the university. In 1999, Lauterbach became a member of the Council of Experts for the Assessment of Developments in Health Care.

In 2001 he joined the SPD, and in 2005 he successfully ran for the Bundestag for the first time.

He retained his role as a university professor during his first years in parliament. For a long time, one of his trademarks was the bow tie, which he also wore as a doctor in the US.

The bow tie, he was happy to explain when asked, was used in the US as a distinctive mark of the doctor on the ward, as a tie was out of the question for hygienic reasons.

It was not until 2019, when Lauterbach ran for the SPD party presidency along with Nina Scheer, that he discarded the item of clothing. At the same time, he made an effort to become more affable and approachable and has since also shown a certain capacity for self-deprecation.

A COVID expert on day one

One of Lauterbach's quirks is that he doesn't eat any salt. In the Bundestag, the caterers who provide snacks for members of parliament have got used to this — there is always some specially prepared salt-free snack on offer.

If you ask the SPD politician about this, he will likely explain at length why it is healthier to eat as he does.

Olaf Scholz likely knows that with Karl Lauterbach he is bringing a politician into his Cabinet who will not please everyone. On the other hand, the fourth coronavirus wave in Germany is proceeding so dramatically that the future chancellor had to choose someone who can hit the ground running.

Lauterbach can and will get started right away, the 58-year-old made clear when he was appointed.

"We will win the battle with the pandemic," he said, and at the same time shared that he has a lot planned.

"We will be better equipped for further pandemics than we were for this one," he said. The new government's goal, he said, is to reduce the number of new COVID infections to the point where travel over the holidays can be recommended with a clear conscience.

However, time will reveal whether Lauterbach will make the leap from interpreter of scientific studies to successful head of a ministry. And this is complicated by the fact that in Germany, many decisions in pandemic control are made in the 16 constituent states, limiting the federal health minister's power.

Lauterbach will therefore not be able to make many decisions on his own, but will have to come to an agreement with his colleagues. In addition, many decisions will be made in the future in the new COVID crisis team and the expert council, which report directly to the chancellor.

And quite aside from the pandemic, there is plenty to be done in the German healthcare system. The fact that the situation in many hospitals became so difficult so quickly during the pandemic also has to do with structural problems.

For many years, cuts in health funding were seen as a way to save public funds. Even Lauterbach called for some hospitals to be closed as recently as 2013.

Now he promises that there will be no service cuts in the healthcare system.

"On the contrary, we will make the system more robust again," he said. "We are proud of a good healthcare system. And we will need it."

Germany could make coronavirus vaccines mandatory as early as February or March 2022, according to chancellor-in-waiting Olaf Scholz. But he insisted that the issue would be decided in parliament.

Medics have warned that intensive care cases could soon exceed those at last winter's peak, with some 6,000 critical admissions by Christmas. Germany has recorded its highest level of coronavirus fatalities in 9 months.

Merkel makes final appeal for Germans to get vaccinated

In her final podcast, the outgoing chancellor urged Germany to "take this treacherous virus seriously" and get protected. Some 69% of the population is fully vaccinated against COVID-19, compared to 80% in Spain.