A suspect has appeared in court charged with driving a car into a crowd in the German town of Volkmarsen. The incident took place amid carnival celebrations. 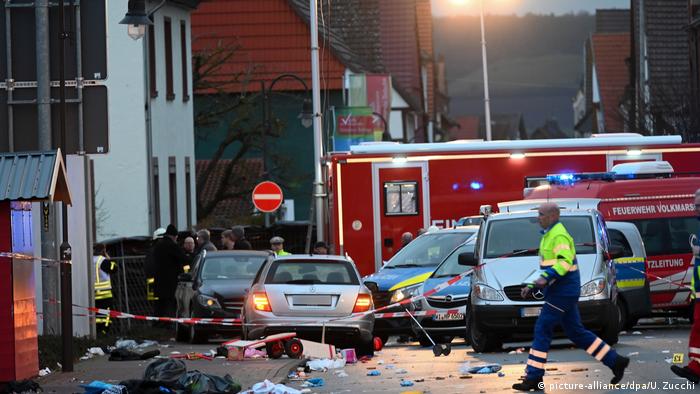 The suspect faces 91 cases of attempted murder in total

The alleged perpetrator of an apparent attack on carnival revelers appeared in court on Monday, charged with scores of cases of attempted murder.

The 30-year-old is alleged to have purposely driven his silver Mercedes into the crowd on Rose Monday, the highlight of carnival season in many parts of Germany.

The indictment against him were read out at the opening of the hearing at a regional court in the city of Kassel.

What is the suspect accused of?

The incident took place in the early afternoon on February 24, 2020, during the Rose Monday procession in Volkmarsen, in the central German state of Hesse.

Prosecutors claim the suspect, Maurice P., deliberately steered his car into a crowd of spectators watching the carnival parade, without braking.

The suspect faces 91 charges of attempted murder in total, and grievous bodily harm against 90 people, as well as dangerous driving.

Among the victims were numerous children. The prosecution says some 150 people are still affected or traumatized.

To date, the individual's motive has remained unclear, with him largely declining to speak to investigators. Police said at the time that they had found no evidence of a political motive.