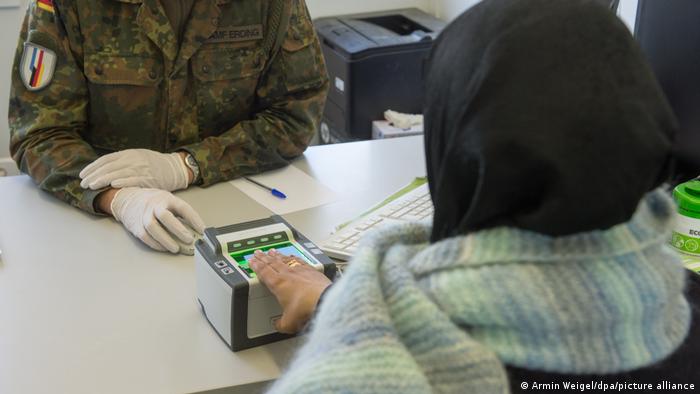 Most of the asylum-seekers who applied for protection for the first time came from Syria, Afghanistan and Iraq

Germany remains the top destination for people seeking protection in Europe, with the number of asylum applications filed in the country already exceeding the 100,000 mark in 2021.

Germany's Federal Office for Migration and Refugees (BAMF) said that by the end of September it had received 100,278 initial applications from asylum-seekers.

The number of applicants from Afghanistan witnessed a sharp rise, with BAMF registering a total of 15,045 initial applications (up 138%) by the end of September.

How worried is Germany about Afghan refugees?

Along with traditional routes through Greece, Italy and Spain, Belarus has become a major migration route in the last few months as a result of a row between Brussels and Minsk.

European Union countries have accused Belarusian strongman Alexander Lukashenko of deliberately encouraging migrants from crisis regions, who are then taken to the borders with Poland, Latvia or Lithuania and illegally pushed into EU territory.

Lukashenko is allegedly retaliating for sanctions imposed by Brussels in response to the regime's violent crackdown against a pro-democracy movement.

German newspaper Welt am Sonntag cited sources within the EU's intelligence agency Europol as saying that Belarus is now helping Syrian nationals to fly directly to Minsk from Damascus.

Previously, the country was helping Syrian migrants who had fled the country's internal conflict to Turkey.

More than 4,900 people have been picked up at the German-Polish border who had entered the EU illegally via Belarus, Germany's federal police said this week.

The rise of the Belarus migrant route comes as Germany remains in limbo after last month's election.

The Social Democratic Party (SPD), which won the largest share of the vote, is seeking to form a coalition with the climate-focused Green Party and the business-focused Free Democratic Party.

If the alliance is agreed, the new government could reform refugee policy, making it easier for failed asylum-seekers to still build up entitlement to German nationality through several years of work.

The three parties' main political opponents, the conservative bloc of outgoing Chancellor Angela Merkel, have hit out at the plan, saying it is tantamount to giving up control of migration.

Other parties, like the far-right Alternative for Germany (AfD), have demanded a more hard-line approach to immigration.

In August, the chairman of the Federal Labor Agency, Detlef Scheele, said Germany needed 400,000 immigrants a year to help the economy grow and replace retiring workers.

During the European migrant crisis from 2015 to 2017, Germany processed over 1.4 million asylum claims, according to data from the EU's statistics agency, Eurostat.

With material from KNA news agency

In 2015 German Chancellor Angela Merkel uttered her famous quote about taking in refugees. Today the numbers show that integration has made progress, though skepticism persists.