An accident at German pharma firm Rentschler may have injured several employees, police say. The company is involved in producing the BioNTech/Pfizer COVID-19 vaccine. 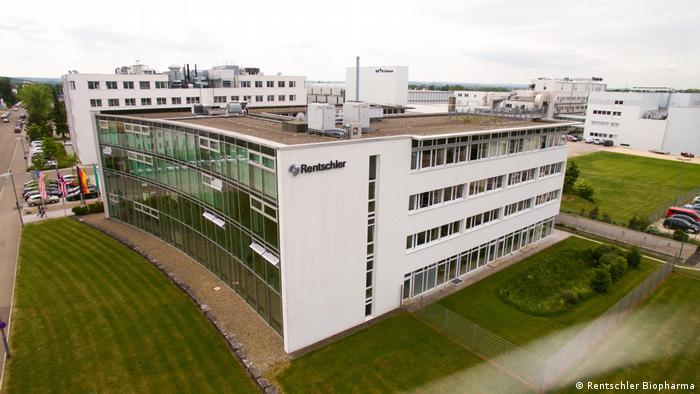 Liquid solvent leaked from a hosepipe at a German pharmaceutical company on Wednesday, potentially injuring a number of people, German media reported.

The incident occurred at Rentschler, a company based in Laupheim in the southwestern state of Baden-Württemberg. Rentschler helps produce the BioNTech-Pfizer COVID-19 vaccine.

Four employees reportedly may have come into direct contact with the substance and were initially taken to hospital, while nine others could have been affected.

"Of the 13 employees from the production team who were on site at the relevant time, two are currently still under medical observation as a precaution," the company said.

A police spokesperson said it was possible that after-effects could manifest hours later.

No impact on production

A spokeswoman for the company confirmed the incident. She said, however, that it had no impact on vaccine production.

"The production of active pharmaceutical ingredients for our customers continues without interruption; no delays or outages are expected," she said.

According to a police statement cited by the DPA news agency, it was not necessary to evacuate the building where the incident occurred.

"Specially trained employees of the company later collected the leaked liquid and disposed of it properly," police said.

The cause of the accident is being investigated.

Last week, an accident at a chemical industrial plant in the western city of Leverkusen killed two people and left dozens injured.