Angela Merkel's office seems to have dropped its objections to a legal amendment that would widen Germany's definition of rape. Until now sexual assault has often not been prosecuted if the victim failed to fight back. 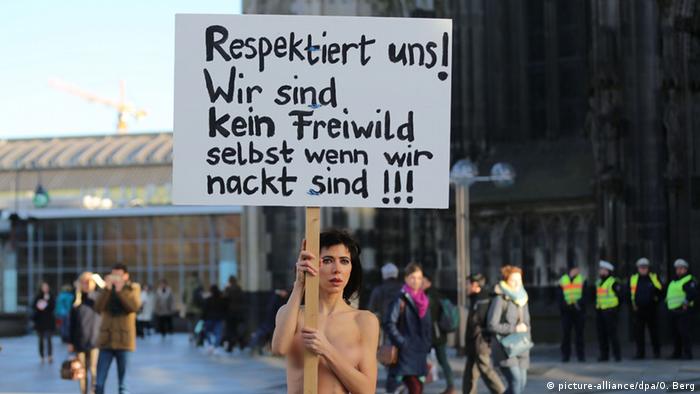 "Respect us! We are not fair game even when naked!": Swiss artist Milo Moire protesting the Cologne attacks at the scene

Germany's rape law is set to be bolstered after months of campaigning by women's groups against government resistance, bringing in new measures that will make it easier to prosecute the perpetrators of the mass sexual attacks in Cologne. A new amendment being planned by the Justice Ministry has been passed on to regional governments, meaning it has entered the next stage of the legislative process after initially being blocked by the chancellery and the Interior Ministry for at least half of last year.

Though the proposal predates the New Year's Eve assaults in Cologne, it could well have a bearing on those cases if they come to trial.

Women's groups and many politicians have long been arguing that Germany's sexual assault law is archaic, with loopholes that mean groping and surprise attacks are not necessarily prosecutable unless the woman tries to fight off the attack - which police often advise against.

"There have been very many cases that you and I would probably unequivocally describe as rape or sexual assault that haven't come to a conviction, because the women allegedly didn't defend themselves enough," Elke Ferner of the Social Democratic Party's women's group told DW. 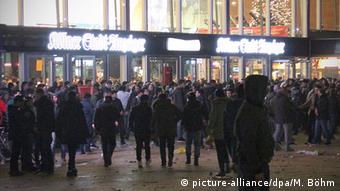 "1. by force;
2. by threat of imminent danger to life or limb; or
3. by exploiting a situation in which the victim is unprotected and at the mercy of the offender."

Campaigners have criticized this formulation for not explicitly mentioning consent, allowing judges to interpret the law to mean that saying no is not enough to prove rape happened.

Attack on the streets

The German association of rape crisis centers and women's counseling center, the BFF, has documented over a hundred cases where attackers escaped sexual assault convictions because of this loophole. Some of these cases matched the circumstances in Cologne on New Year's Eve - a public place, a crowd, a surprise attack - and according to the BFF, "in general these acts end up without punishment for the attacker."

"When it comes to the acts in Cologne ... there is a difficulty when it comes to culpability," said BFF spokeswoman Katja Grieger. "We would hope that the police investigations in Cologne allow the perpetrators to be made responsible, but we fear that the punishments will mainly be for theft and robbery and not because of the sexual attacks."

Ferner agrees: "Surprise acts happen, as they probably did in Cologne. When you're groped on the breast or under the skirt, I can imagine that you could initially be so shaken that you don't say anything, and then, according to the current interpretation of the law, that may not be punished as sexual assault."

Blocked by the government

The new amendment to the law, which would redefine how rape and sexual assault are understood, was triggered by the "convention on preventing and combating violence against women and domestic violence" adopted by the 47-member Council of Europe in Istanbul in 2011. The Istanbul Convention states that any "non-consensual" sexual act must be criminalized, and while Germany was among the first countries to sign it, the country has still not ratified or implemented it, unlike many other European countries (including Turkey).

Both Ferner and the BFF accused the government - specifically the Interior Ministry and Angela Merkel's office - of blocking changes in the law. Neither has yet to offer any public explanation for this (a request from DW to the chancellery remained unanswered on Friday), though Ferner speculated that "blocking the law was not down to the question of whether it was too little, but whether it was too much." Grieger of the BFF, meanwhile, told DW that she only knew that there was "disunity" in the governing coalition on the question. 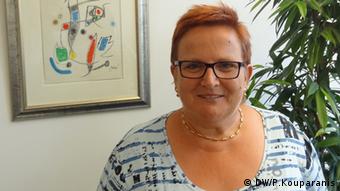 Elke Ferner thinks Germany should have ratified Istanbul long ago

Germany has a history of being slow to update its rape laws - it was only in 1997 that rape within marriage was recognized as a crime, a measure that a number of conservative MPs voted against.

It seems that the chancellery has recently dropped its objections to the new amendment, because this week it emerged that the proposal had been sent out for consideration to regional governments just before Christmas - in other words, it has made another step along the legislative road. It may well come into force this year, though whether that will be soon enough to be used against the attackers of Cologne remains open to question.

"From our point of view, it's a step in the right direction, but it's not complete," said Ferner. "In principle, it's about whether it is provable that the perpetrator could have assumed that the woman could not defend herself, or whether we enforce the 'no means no' principle - in other words, if the woman says no, and sex still happens, that is a crime."

Finnish police have reported an abnormally high number of sexual harassment cases in Helsinki on New Year's Eve. Police also said they received a tip about possible problems and increased security ahead of time. (08.01.2016)

Angela Merkel's CDU party will address heightening security and lowering barriers to deporting migrants convicted of crimes at a party meeting. It comes on the back of the attacks on women in Cologne on New Year's Eve. (08.01.2016)