Authorities have seized more than 550 metric tons of the illegal narcotic within Germany this year. This is an increase of hundreds of tons over a period of just a few years. 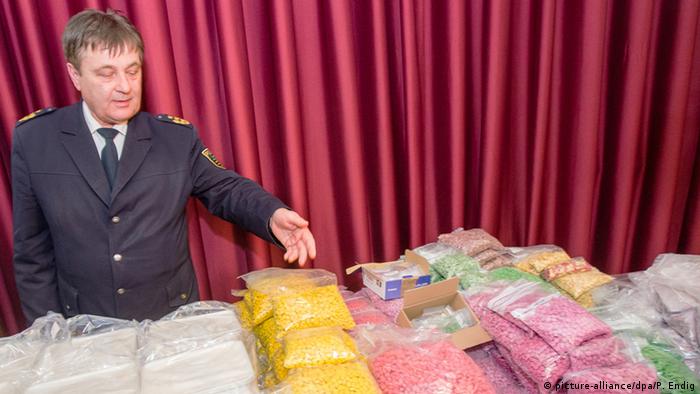 German authorities said on Tuesday that they were concerned about a steady rise of cocaine imports into the country. The national investigative police force, the BKA, which is somewhat similar to the FBI, announced that they had seized 576 metric tons of the drug in the past year, and that was only counting finds of 50 kilograms or more.

This was a massive increase on 2015, when the BKA confiscated 416 metric tones, itself already a substantial uptick from 2014's cocaine seizures of 335 metric tons.

The BKA said it was dismayed by the "dramatic developments" the cocaine trade was seeing in Germany.

Around 75 percent of the world's cocaine originates in Colombia, where the government has been engaged in a decades-long struggle against powerful cartels and militant guerilla groups using the cocaine trade to fund their armed campaigns.

The cocaine is then usually smuggled to the United States before it is transported around the world clandestinely in shipping containers, often concealed inside something else. It typically enters Germany through the large port of Hamburg or from Amsterdam and Rotterdam in the Netherlands.

Methamphetamines are spilling across the border from Slovakia into Germany, while cocaine is more popular in Western and Southern Europe. Wastewater analysis shows that drug preference in Europe varies by region. (14.12.2016)

US charges former Guatemalan VP and minister with drug trafficking

Guatemala's former vice president and an ex-interior minister have been charged with conspiring to distribute cocaine in the United States. The two are already facing corruption charges in their home country. (25.02.2017)