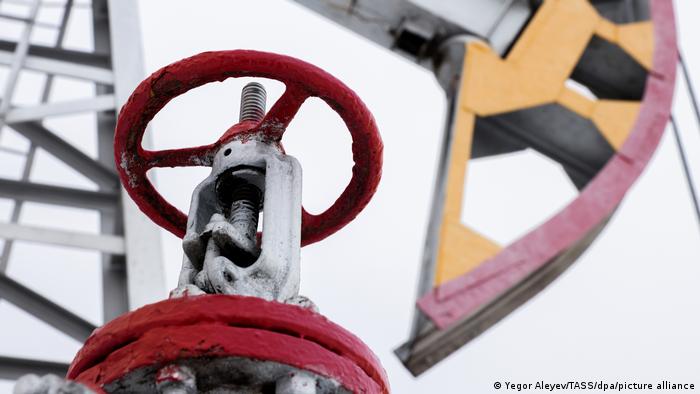 "And we are preparing this in such a way, that we could if necessary keep it up over the coming years," Baerbock told Germany's ARD television on Sunday.

Her statement comes after Economy and Climate Minister Robert Habeck said Sunday that he expects Germany could be fully independent of Russian crude oil imports by the end of summer.

The Economy and Climate Ministry said the goal was "realistic" in a tweet.

In a statement, Habeck said Germany, the largest European economy, had already reduced its share of Russian energy imports to 12% for oil, 8% for coal and 35% for natural gas.

Ukraine and other countries, notably the Baltic states, have cut energy imports from Russia and put pressure on Germany to do the same.

EU energy ministers were set to meet in Brussels on Monday to discuss how to deal with Russia's decision last week to halt gas supplies to Poland and Bulgaria.

What did Germany's economy and climate minister say?

"All these steps that we are taking require an enormous joint effort from all actors and they also mean costs that are felt by both the economy and consumers," said Habeck in a statement.

He added the steps being taken to wean Germany off Russian energy "are necessary if we no longer want to be blackmailed by Russia."

Speaking later, after a meeting with business associations, Habeck admitted that higher prices in Germany were there for the long run, as the state could not cushion all energy price increases.

"That is the bitter and the hard truth," he said.

But he said that for a number of firms, the consequences of higher energy costs would not kick in until 2023, as many companies had long-term contracts on fixed terms.

Later on Monday, Habeck said that most of the current enegy supplies arriving from Russia go to the Schwedt refinery near Berlin. The minister acknowledged that losing those supplies could result in a "bumpy'' situation for the capital and surrounding region, with price hikes and shortages, but that wouldn't result in Germany "slipping into an oil crisis.''

He said the issue of an oil embargo would be discussed at an EU energy ministers meeting in Brussels, attended by also India. Still, he added that "other countries aren't so far yet and I think that needs to be respected.''

However, responding to Habeck's comments, the city of Schwedt issued a statement calling into question his assurances that an embargo was "feasible," and accusing the government of "dictating terms from afar" for the city's main business.

The German central bank has said cutting the country off entirely from all Russian energy could increase inflation and severely hamper economic growth, potentially turning a predicted 3% GDP boost in 2022 to a 2% decline.

Baerbock, in her turn, said that lifting sanctions against Moscow could be considered only once Russia had completely withdrawn its forces from Ukraine.

European payments to Russia, worth billions of euros, are credited with keeping Russia's economy going.

Challenges of sanctioning oligarchs in Germany

This week, EU diplomats will consider an embargo on Russian oil. The move comes after a decision to ban Russian coal imports from August.

Currently, the EU pays Russia $850 million (€780 million) a day for oil and natural gas. Germany is one of the largest recipients of Russian energy.