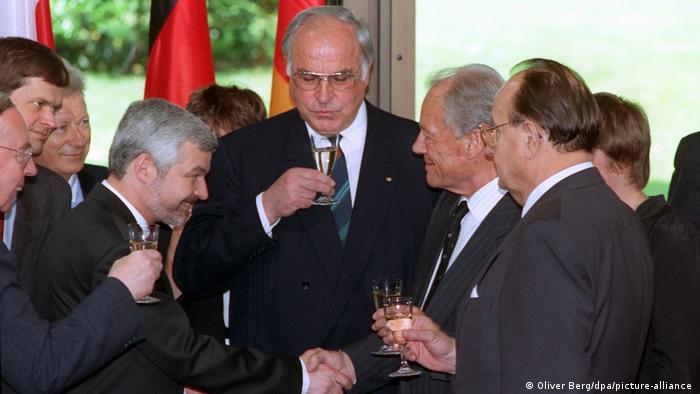 In 1991 Europe was in upheaval. Germany had reunified, and, after 40 years of Communist Party dictatorship, Poland was in the process of restoring democracy and reconciling with Western Europe. Yet the past cast a long shadow, and lingering mistrust between the two countries was proving hard to banish.

The Nazi occupation of Poland and associated atrocities during World War II had left deep scars across Poland. The German-Polish Border Treaty had been signed only a few months previously, finally settling the terms of their shared border, an issue that had remained disputed since 1945.

It was "an exciting time and a significant day," Janusz Reiter told DW. As Poland's ambassador to Germany at the time, he was present at the negotiations and the signing of the Treaty of Good Neighbourship and Friendly Cooperation — in the company of a host of political heavyweights, including German Chancellor Helmut Kohl,  former Chancellor Willy Brandt , Foreign Minister Hans-Dietrich Genscher and even Women and Youth Minister Angela Merkel. 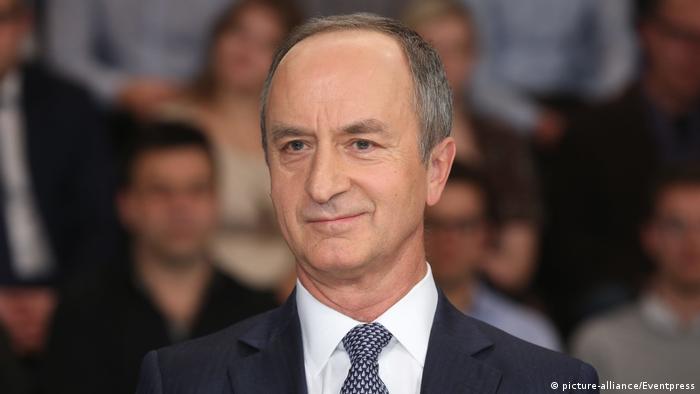 Janusz Reiter was Poland's ambassador to Germany from 1990 to 1995

Reiter said the mood was upbeat and relaxed. There was no palpable tension, even though the lengthy negotiations had not always gone smoothly and many concessions had to be made. "No one was under any illusions," said Reiter. "But we all trusted one another to know that no one was trying to get the better of the other." He also recalls that even though no one at the negotiating table knew each other well, everyone showed a willingness to compromise, play fair and work out their differences.

One of those differences had to do with the European Economic Community, which would eventually become the EU. Poland was keen to join, and wanted its participation noted in the treaty.

Even though Germany supported Poland's bid, Bonn was unwilling to "break rank and surprise its partners in the community with formal statements," Reiter said.

Germany's caution was reflected in the wording of the treaty. While the German text refers to Poland's "accession process" to the community, the Polish text used the term "przylaczanie," which is closer to "incorporation."

"In Western Europe there was considerable doubt at the time as to whether these fledgling democratic states should join the EEC in the foreseeable future," Reiter said. Indeed, it would be another 13 years before Poland became a member of the EU.

Will the EU act against Poland's anti-LGBTQ ideology?

Will the EU act against Poland's anti-LGBTQ ideology?

Jan Krzysztof Bielecki was Poland's prime minister at the time and fervently pro-Western Europe. He and Kohl were co-signatories to the Treaty of Good Neighbourship. "The difference between us was about 40 kilos, 15 centimeters, a generation and a lot of experience," Bielecki told DW. The former politician now serves as chairman of the European Financial Congress Program Board. He saw Kohl as a man who took his time to build friendships. "He liked to get used to you; it was a process of getting to know each other. He believed in trust," said Bielecki.

Their relationship was sealed at a dinner attended by Bielecki, Kohl and Belgian Prime Minister Wilfried Martens, a confidant of the German chancellor's. Bielecki later realized that Kohl had done some careful homework. "Politicians often give each other symbolic gifts, and his present to me was a pair of football boots — in the right size," he recalled. 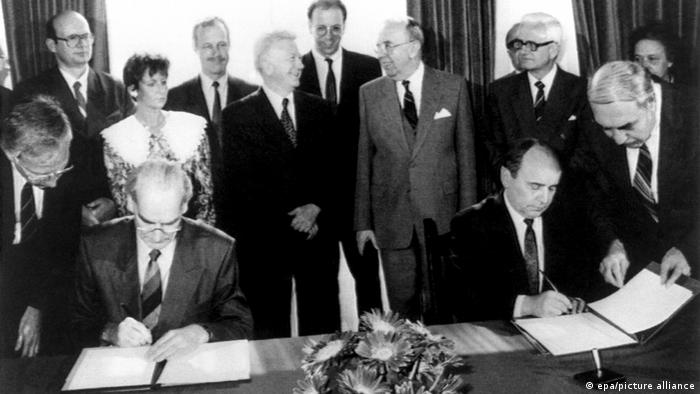 Today, Bielecki is proud of their achievement. The treaty may not have solved all the problems besetting Polish-German relations but it laid the groundwork for improved cooperation between the two countries. They agreed to respect the rights of national minorities living on the other side of the border, and to promote cultural contacts, particularly among young people, including the German-Polish Youth Office (GPYO) founded the same year, the European University Viadrina in Frankfurt (Oder), the German-Polish Science Foundation, the Foundation for German-Polish Reconciliation. Without the pact, these projects may never have been launched.

"The first step is the most important," Bielecki said. He is delighted to see how the treaty bore fruit and ushered in a new chapter in the country's ties. Its success was by no means guaranteed.

"The Germans and Helmut Kohl in particular had some reservations towards us, because we wanted everything to be enshrined in the treaty while they preferred to leave things on a basis of trust," Bielecki said. 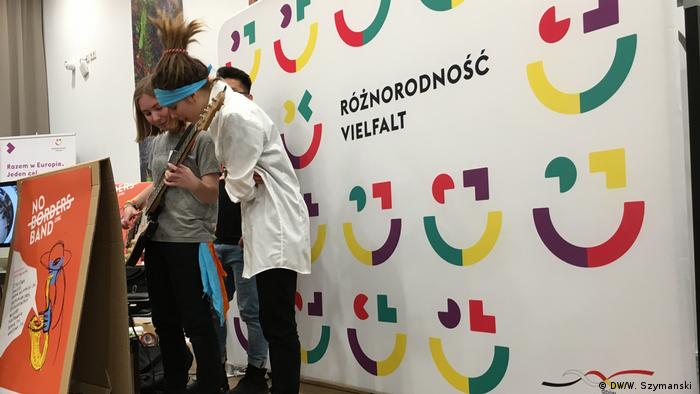 The German-Polish Youth Office is a thriving cross-cultural project

Ahead of the fourth of the six rounds of negotiation, Wilhelm Höynck took the helm of the German delegation. He was keen to ensure that both sides saw the result as a success but understood that not all the differences between the two countries could be addressed and resolved. "There are great moments in diplomacy, but diplomacy has to be realistic," the veteran diplomat told DW. "The treaty was one of those great moments in international diplomacy, and it was realistic."

One of the sticking points was the question of the Polish minority in Germany, a term the Polish negotiators wanted to be entered into the treaty. The German negotiators dug in their heels, pointing to the government's reluctance to allow Turkish people in Germany to claim the status of a minority. Höynck rejects the suggestion that this was unfair, given that the German minority in Poland enjoys minority rights according to Polish minority law. He stressed that the issue needs to be seen in its historical context. "People with Polish roots came to Germany voluntarily, whereas the Germans in western Poland were overtaken by political events in Europe," he said. 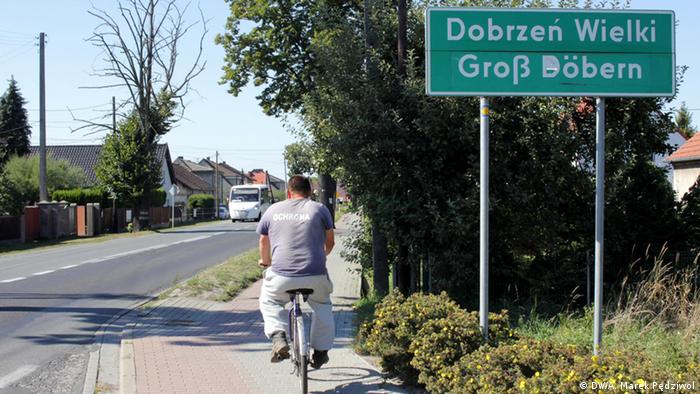 Members of the the German minority in Poland number approximately 150,000

Now 88, Höynck is disappointed by the course German-Polish relations have taken. Some of the hopes of 1991 have been dashed — but given the burden of history, that's no surprise.

"At the time we hoped that relations would continue to improve," Höynck said. He believes that, amid the overriding optimism of the occasion, it was easy to forget that people in both countries harbored doubts.

Kohl was under pressure from associations representing expelled Germans who wanted his government to reclaim Silesia. And in Poland too, many were still fearful of their powerful neighbor.

Thirty years on, the past continues to hamper bilateral relations. The Polish government regularly brings up the question of German reparations to compensate for the wartime devastation it caused, while in turn, German expellee organizations continue to grumble about lost territories.

"My conclusion is that we must continue to work together until a time comes when we can agree on the future and the past," Höynck said.

Perhaps this is also what Bielecki meant when he referred to "writing new chapters." For now, the narrative of German-Polish history remains a work-in-progress.

The foundation will honor the former chancellor's efforts to advance German reunification and European integration.