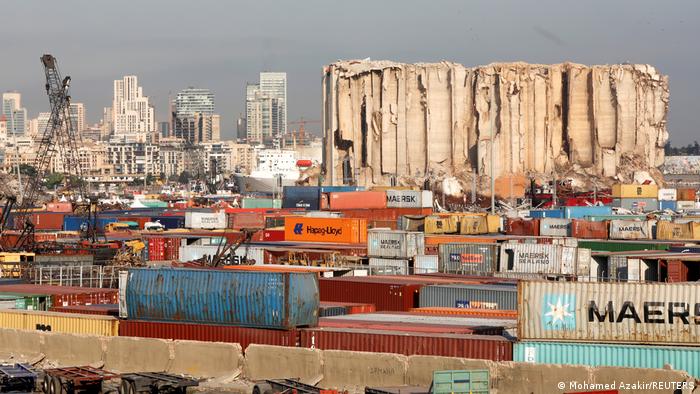 French President Emmanuel Macron led a UN-backed donor conference on Wednesday to raise funds for Lebanon, on the anniversary of the Beirut port explosion that killed at least 214 people and left an already struggling economy on the brink of collapse.

The blast was one of the biggest non-nuclear explosions ever recorded.

"I will never forget seeing the utter destruction and witnessing people's despair a few days later, on a visit to Beirut. Germany stood ready to help – as a friend and as Lebanon's second-largest bilateral donor," Maas said in a statement announcing Germany's pledge of €40 million ($47 million).

Mass said that some €13 million was allocated to humanitarian assistance and €10 million for the Lebanon Financing Facility and the joint COVID-19 Emergency Response managed by the WHO and UNICEF.

An additional €7 million are set to foster accountability, transparency and the involvement of civil society in a meaningful reform process.

Germany's contribution was part of Macron's goal to raise roughly €300 million in emergency aid for the battered Lebanese population.

Lebanon has experienced shortages of fuel, medicine and food in recent months. Meanwhile, the fighting between the country's political parties has held up the formation of a new government and hindered the state's response to these problems.

World leaders criticized the state of Lebanon's political class during the online conference.

"I think that Lebanese leaders... owe their people the truth and transparency," Macron said at the start of the conference. "Lebanon deserves better than to live off international charity," he added, accusing the country's politicians of putting "individual, partisan interests above the interests of the Lebanese people."

Maas also had stern words for the political establishment, saying that Beirut's destroyed harbor was a symbol of the lack of reforms in the country.

"This crisis is mostly man-made. Lebanese political actors have not lived up to their responsibilities and to the legitimate expectations of the Lebanese people," Maas said.

Like Macron, he pledged that any further aid to the country beyond emergency funds would will "depend on the formation of a functioning, legitimate government and a credible reform program, in line with IMF recommendations."

Beirut blast a year on

Beirut blast victims still wait for answers a year on

Aoun: 'The truth will emerge'

Lebanon has been without a government for all of the past year, but both the newly appointed prime minister Najib Mikati and president Michel Aoun participated in the aid conference.

As leaders met virtually, thousands of protesters marched toward the dilapidated port in Beirut, as victims' families have called on parliament to lift the immunity of lawmakers and Lebanese security officials whom they accuse of negligence that led to the explosion.

"From the depth of my conscience, I say to our beloved capital, Beirut, the truth will emerge and every guilty person will receive his punishment and you will rise again," President Aoun said in a televised speech on Tuesday, ahead of the anniversary of the blast.