A truck driver and pilot were left relatively unharmed after a plane made an emergency landing on a highway. Police estimate the cost of the incident will reach tens of thousands of euros. 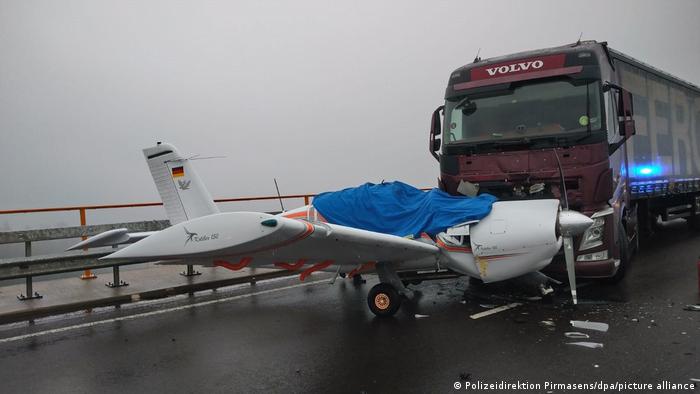 A pilot crashed his light aircraft into a truck on Saturday after being forced to carry out an emergency landing on an autobahn bridge used by cars, local police confirmed in a statement.

The 72-year-old had been flying from France to the Netherlands, over the German state of Rhineland-Palatinate, when his single-engine began to fail and he had to quickly decide when to bring the aircraft down.

He landed on the Schwarzbachtalbrücke — a 100-meter (328 feet) high bridge close to the city of Pirmasens in western Germany, on the border with France.

On the bridge, his plane crashed into an oncoming truck. The pilot was left with light injuries while the truck driver came away unscathed, police said.

Numerous emergency service personnel were quick to arrive at the scene.

The whole road had to be completely closed off while police cleared the fuel and took the plane apart. The lanes had been cleared by evening, local newspaper Die Rheinpfalz reported.

DPA contributed to this story.