The most recent findings of a report on arms exports has shown that Germany issued more permits for munitions exports in 2011 than before. Germany's cabinet met to endorse the report's findings on Wednesday. 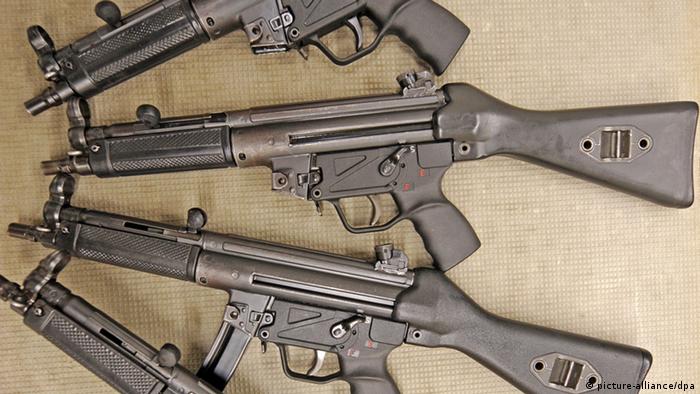 The findings of an annual report on Germany's arms exports showed that the government issued significantly more permits to sell munitions to foreign partners in 2011 than the previous year.

The numbers of permits rose by about 14 percent. These individual sales brought in more than 5 billion euros ($6.4 billion). Under the terms of the report, munitions include both arms and any equipment or machinery used for war, such as trucks.

But while individual munitions sales grew, the German arms industries recorded lower over sales of tanks, warships and machine guns. These profits fell to roughly 1.3 billion euros compared to record earnings of 2.1 billion the previous year.

The 2011 report traced over 40 percent of the government's arms exports to so-called third-party countries, or nations who don't belong to the EU, NATO or an equivalent organization.

Chancellor Angela Merkel's cabinet met in Berlin on Wednesday to approve the report.

Merkel has previously expressed her support for arms deals to third parties, portraying them as a way to empower weaker nations.

"Those who feel obligated to ensure peace but can't take on an active role (doing so) everywhere in world are then also called to help trustworthy partners," Merkel said at an army symposium near Berlin last month.

The coalition government's open support of the trade has drawn sharp criticism from opposition members of the center-left party, the Social Democrats, who have said Merkel's government has disregarded human rights by facilitating weapons exports.