Germany: One person injured in a shooting incident at a high school

An armed suspect has been detained after one person was seriously injured in a shooting at a high school in the northern city of Bremerhaven, police said. 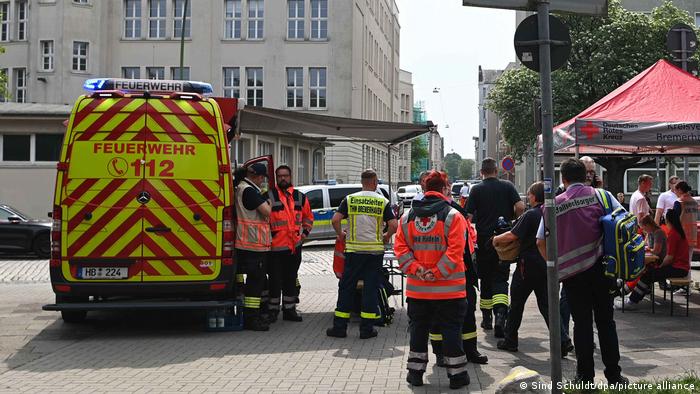 Police in the city of Bremerhaven were called to a local high school on Thursday after shots rang out, leaving one person seriously injured.

German newspaper Bild reported that the incident took place at the Lloyd Gymnasium, adding that police were called to the school by a schoolgirl who heard the shots.

Authorities in Bremerhaven confirmed that a large police operation was underway and asked people to avoid the area.

"The students are in their classrooms with their teachers. The police have the situation on site under control," the police statement added. "Police measures are continuing."

Victim was not a student

According to Bild, the suspect is a man who was also armed with a crossbow. He has been taken into custody.

The person injured was a woman, who was an employee at the high school, not a student, Bild reported.

Some 200 students were at the Lloyd Gymnasium. At the moment the incident took place, the students barricated in their classrooms.

Concerned parents gathered in front of the school, after their children informed them of the situation.