Germany: One dead after gunshots fired in Frankfurt

Police are conducting an investigation in the Frankfurt neighborhood of Griesheim after gunshots were reportedly fired. Police say a man who attacked responding officers was killed. 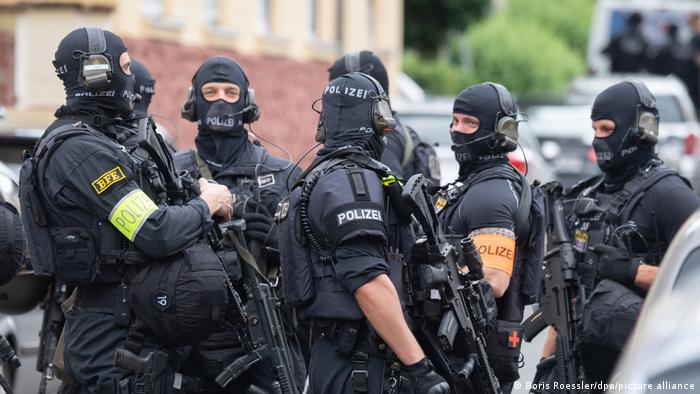 A large police operation was under way in the German city of Frankfurt on Tuesday and several gunshots were reportedly fired in the neighborhood of Griesheim.

Police later noted that emergency services had retrieved a lifeless body from an apartment in the neighborhood, after which safety cordons were lifted.

A witness alarmed police to a possible dangerous situation in a neighborhood home at around 11.15 a.m. (0915 UTC).

Police responding to the call were reportedly attacked by a 41-year-old man wielding a knife and a gun and subsequently fired upon him. Police later confirmed that the lifeless body recovered from the apartment was that of the attacker. One officer was wounded during the course of the operation. The Hesse State Criminal Investigation Office (LKA) is carrying out a further investigation into the incident.

A forensics team has been deployed and is searching for evidence both inside and around the home where the suspect barricaded himself, the Frankfurter Allgemeine newspaper reported.

The forensics operation is expected to take a long time, the newspaper added.