Germany may be efficient, but the service is awful

Foreigners and Germans alike are apt to agree that this is one country where businesses could treat its customers better. DW looks into whether the reputation the country has gained for shoddy service is wholly deserved. 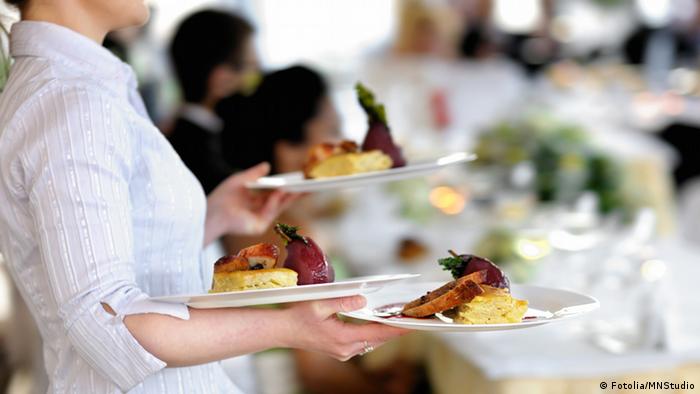 "Absolutely horrendous" and "unnecessarily hostile" - that's pretty much the consensus among expatriates when it comes to Germany's customer service. And the complaints aren't only coming from natives of customer-is-king nations such as the United States and Japan.

It should be made plain that this reporter, herself from the US,  has an ax to grind, having once spent three months being hung up on, chastised and ignored on hotline calls that amounted to over 100 euros in an eventually successful quest to have internet installed at home. (I was, with the help of Germany's consumer protection officials, reimbursed six months later.)

From sex to beer, Germans bust the clichés

So Germans love beer, collect kooky garden gnomes and love to dance at folk festivals? Apparently not! Germans, it seems, buck the clichés: they prefer wine, love cats and never have sex standing up. (12.08.2015)

What do castles, cathedrals and roller coasters have in common? They’re all part of this year’s most popular German tourism destinations. Here's how tourists captured the top 10 sites on social media. (11.08.2015)

The German government has cleared the way for open and private WiFi hotspots. A provider liability law that makes hotspot providers responsible for users' activity has long limited public WiFi and is set to be scrapped. (11.05.2016)

US retail giant Amazon has launched its instant purchase buttons in Germany, seeking to edge out traditional supermarkets from the household goods market and capitalizing on Germans too lazy or forgetful to shop. (31.08.2016)

Crude laws and overly eager lawyers have made Germany a virtual desert when it comes to public wireless connectivity. A new change to the law is supposed to change that, though DW's Rolf Wenkel has his doubts. (03.06.2016)

Businesses are using apps to lure their clients into shops and collect data on them, hoping to undo the competitive advantage of online dealers who’ve had more time to amass such data.Privacy experts are skeptical. (03.05.2016)

"Either I'm being bullied, or they just don't care," an Australian acquaintance once said of German customer service. Variations of that have come from friends and colleagues from Egypt, Argentina and Zambia, alike.

Just how could customer service be so bad in a country where everything else seems to run so smoothly?

Simon Wehrle, a lecturer at the University of Cologne, said a big part of the problem was "high expectations: People think everything in Germany must work well." Having that expectation in a place where businesses operate with "the general attitude that you are being done a favor by being served" can contribute to a cultural misunderstanding that makes the problem even worse.

"Service here is more about apportioning blame," said Wehrle, a native of the southwestern city of Heidelberg. "There's an aversion to saying sorry for something you're not directly responsible for. It has nothing to do with being German or not. I was similarly outraged to be scolded for daring to order tap water at a cafe where I had spent a significant amount on breakfast."

Many Germans are quick to note that, as bad as customer service is now, it has been much worse.

"There are certain sectors known for being very unfriendly, such as insurance companies or telecommunications companies," said Alex, an IT specialist from a town near the Swiss border. "However, there are increasingly more firms that pride themselves as particularly customer-friendly." He added that companies are perhaps "starting to feel the pressure from foreign-based competition who invest a lot in customer satisfaction."

Alex's wife, Judith, a teacher, said cultural differences needed to be taken into account - even between regions within Germany. "Berlin, for example, prides itself on its rough attitude," she said. And, she added, "some of what is considered 'friendly' in other places is considered phony in Germany."

Judith also believes that things are changing for the better. "My father said that, when he was young, going to any administrative office in Germany was Kafkaesque," she said. "So at least that's improved hugely."

Lufthansa apologized for excluding a group of Jewish passengers after a few were not observing COVID protocols. The group consisted of the visibly Jewish Orthodox, who accused the airline of collective punishment.

One of Germany's biggest trade unions has called strikes at seven branches of online retailer Amazon. Germany is Amazon's second-biggest market behind the United States, where the company is headquartered.