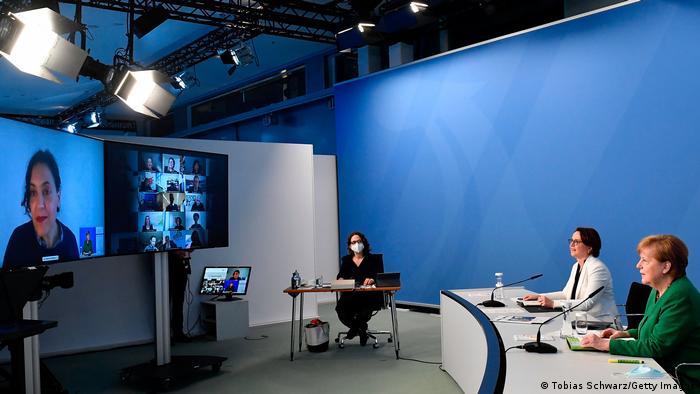 Getting a job might have been once been considered enough to be successfully integrated into society as a foreigner. For Germany, that type of thinking is on its way out.

After nearly three years of planning and discussion, on Tuesday Chancellor Angela Merkel and state and civic leaders announced 100 measures as part of the National Action Plan for Integration.

On measure would introduce "integration scouts," a type of buddy system for apprentices. The idea is for German trainees to mentor non-German trainees so that no one falls through the cracks.

"Real social cohesion takes more than just the absence of hate and violence," Merkel said. "It requires tolerance and openness for one another."

Tuesday marked Merkel's last integration summit before her chancellorship comes to an end with German elections this fall.

Remarking on how the concept of integration had shifted over her time in office, she said, "we've learned that integration doesn't just affect some groups: It affects society as a whole."

Pushing back against pandemic setbacks

During a press conference after the summit, Widmann-Mauz stressed the importance, especially during the pandemic, of ensuring an effective integration strategy as soon as possible to secure Germany's role as "an economically strong, modern country of immigration for the future." 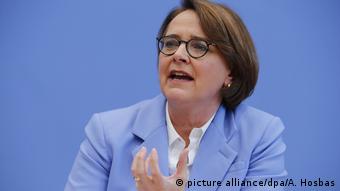 "We've achieved a lot over the past few years, and now we must do everything in our power so that the corona pandemic isn't a setback for these achievements," she said.

What is the National Action Plan for Integration?

Launched in 2018, the National Action Plan has the goal of creating a road map for integration in the 2020s.

The project has been a significant undertaking for about 300 partners, who represent states, cities and an estimated 75 migrant organizations.

At its core, the 100-point plan breaks down into five categories that range from pre-integration measures such as setting expectations before a person immigrates to German to bolstering social cohesion through education and social activities.

Discrimination was one of the main focuses of Tuesday's talks. Merkel and other speakers at the press conference following the summit stressed that racially motivated terror attacks such as the 2020 killing spree in Hanau or the murders carried out by the NSU are huge setbacks to creating a safe, inclusive environment in Germany.

Along with violence prevention, the action plan also calls for an expansion of anti-discrimination efforts such as counseling centers that can help people who have, for example, experienced hate speech or found themselves turned away from jobs because of their ethnicity or religion. 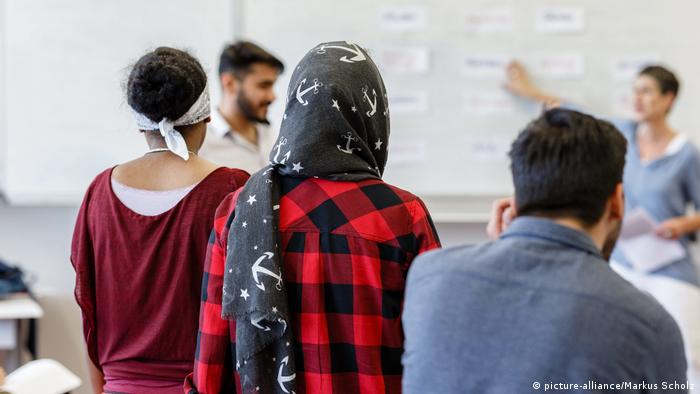 A report released ahead of the summit further called for unified documentation of these cases to better understand how discrimination comes about.

"Victims of discrimination cannot be abandoned: Their experiences must be taken seriously. To ensure this, they need support from professional anti-discrimination counseling," the head of Germany's Federal Anti-Discrimination Agency, Bernhard Franke, said in a press statement.

Why is integration such a hot topic in Germany?

Integration has been the focus of many a heated debate in Germany in recent years, sparked in large part by  a historic influx of refugees  between 2015 and 2019. During that period, Germany received more than 1.8 million asylum requests, or roughly 75% of all asylum claims filed over the past decade.

Discussions about how to handle the logistics of such a large refugee population, hailing primarily from Syria, Afghanistan and parts of Africa, quickly became ensconced in concerns about integration.

Indeed, concerns about integration reopened questions about the integration of immigrant groups long settled in Germany, particularly Turkish immigrants and their descendants who make up the country's largest minority. Despite an improvement in education rates, this group was, as of 2017, still three times more likely to have trouble finding a job or to rely on state welfare than Germans without Turkish roots, according to an OECD study.

This gave way to a larger debate spearheaded by immigration organizations and second and third-generation immigrants who called on lawmakers to learn from past integration failures and to promote measures beyond language classes and job placement.

Roughly one out of four people currently living in Germany boasts foreign roots.  This — along with the fact that Germany ranks second among OECD countries for immigration after the US — points to another facette of integration: Integration goes beyond refugees.

Thanks to a strong economy, Germany has seen a rise in a third group, namely skilled workers, which hail from a number of countries. EU member states have accounted for the largest rise in recent years. In 2018 they made up 60% of all immigrants that came to Germany, primarily neighboring EU member states, which accounted for 60% of all immigrants in 2018. Its higher education system has also been a magnet for foreign students, with over 400,000 enrolled at German universities before the pandemic.

Speaking to reporters at the press conference on Tuesday, Gonca Türkeli-Dehnert, who heads the integration foundation Deutschlandstiftung Integration, said that many young people who come to Germany are highly talented and often speak two native languages, plus at least two other foreign languages.

"They don't have to stay here and they won't if what they have to offer isn't recognized," she said.