The document is believed to be the only surviving copy of Lithuania's original declaration of independence. The small Baltic country is set to mark 100 years of independence with year-long celebrations. 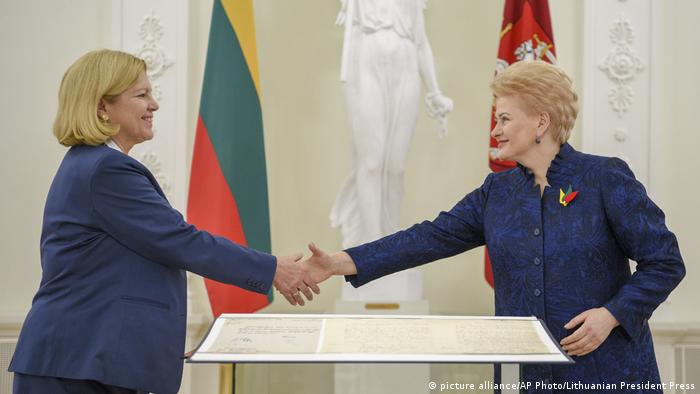 Germany loaned Lithuania a copy of its 1918 declaration of independence Wednesday ahead of the Baltic country's centennial celebrations.

"I want to thank our friend Germany which managed to preserve the document of great importance for us during turbulent times," Grybauskaite said at the handover ceremony, adding it was " one of the most important national documents has reached us at the most appropriate time."

A Lithuanian professor found the document – the only surviving copy of the original declaration of independence – in a Berlin archive in 2017.

Historians believe up to five copies were signed on February 18, 1918 while the country was under German occupation. The original disappeared in 1940 after the Soviet Union occupied Lithuania.

Under a bilateral agreement, Lithuania will return the document to Germany in 2023.

Lithuania will mark 100 years of independence with year-long celebrations and an official visit of EU leaders on February 16.

Modern Lithuania emerged at the end of the First World War from territories that had been under the control of the Russian Empire.

After a brief period of independence between 1918 and 1940, the Soviet Union occupied and later annexed the small Baltic country during the Second World War.

It regained independence during the Soviet Union's collapse in 1990 and joined the European Union (EU) in 2004.

Read more: What Lithuanians read - and what they want you to read about them 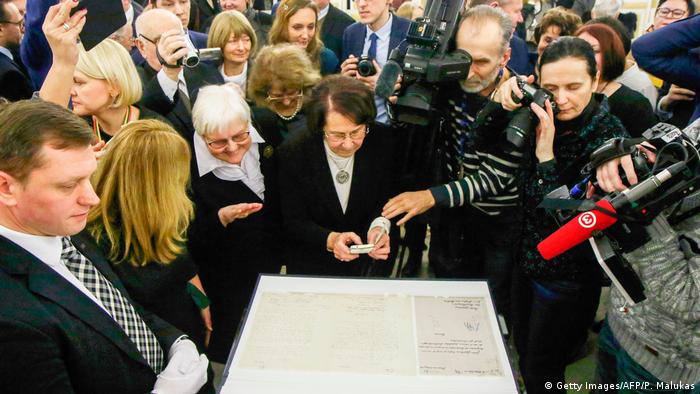 Visitors crowded around the document at the hand-over ceremony