Germany: Landlord tears down house with tenant inside

Authorities in the western town of Gerolstein said the tenant was unhurt in the incident. Police have launched an investigation against the landlord. 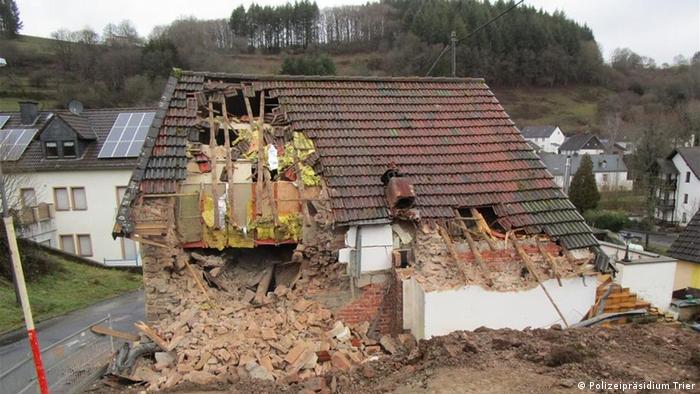 The house reportedly risked collapsing and needed to be demolished

A landlord in the German town of Gerolstein partially tore down his property on Friday while the tenant was inside the home.

He reportedly used an excavator to demolish the building.

The house was no longer habitable and was thought to be in danger of collapsing.

"The tenant was in the house at the time, but fortunately was not injured," local police said in a statement.

After the incident, the tenant contacted city authorities, who then called the police, according to local media.

A photo provided by police shows a partially demolished outer wall of the house and a huge hole in the roof.

Police officials said they had launched a probe into the incident.