A group of children fishing with a strong magnet in eastern Germany were shocked to find WWII ammunition at the end of their line. Police have advised people against the "unusual and not recommended hobby." 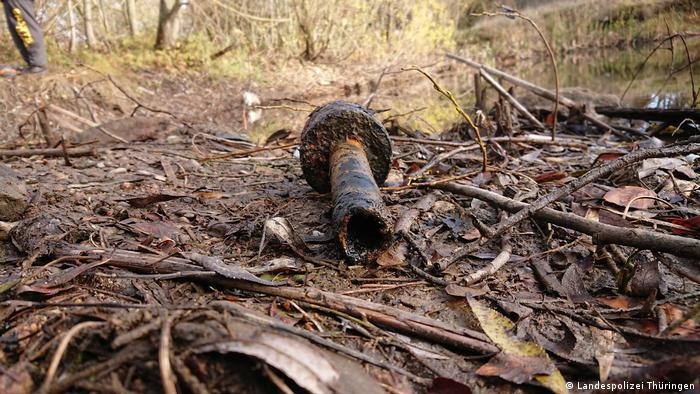 Three children who went fishing in the eastern Germany over the weekend ended up reeling in an unsettling find, police reported on Sunday.

The children used a strong magnet to go fishing in a pond near the village of Wölfis in the eastern state of Thuringia on Saturday.

When they went to pull in their line, however, the children were shocked to discover they'd snagged several pieces of World War II ammunition and bullet fragments.

After realizing what they'd stumbled across, the children immediately called the police. 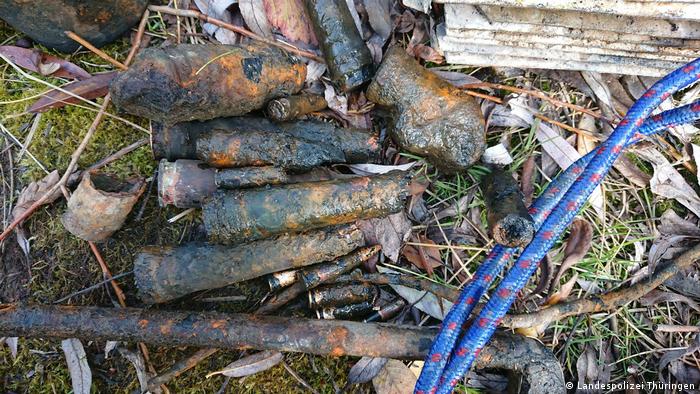 Authorities quickly secured the area, located near around 20 kilometers outside the city of Gotha. No one was injured in the operation.

In a statement, police cautioned people against practicing the "unusual and not recommended hobby."

They also urged anyone who comes across items they believe to be World War II ammunition or bombs to leave them where they were found and immediately alert the police.

Nearly 75 years after the end of World War II, Germany is still littered with bombs and other unexploded ordnance.

Construction workers discovered 36 bombs in the German town of Neutraubling over a 3-day period. Bomb disposal experts were drafted in to decide which explosives were harmless and which were still live. (26.10.2019)

An aging chemical detonator caused a World War II bomb in western Germany to explode without an external trigger. The resulting crater had some residents mistaking the blast for a meteor. (24.06.2019)