The annual inflation rate accelerated for the fourth month in a row, hitting 4.5% in October. The record level of price hikes comes as energy prices soar across Europe. 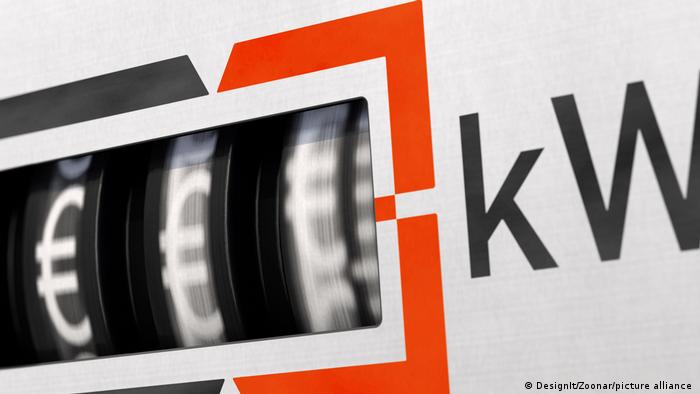 Last month, consumer prices in Germany rose at their fastest pace since 1993, according to official data released on Thursday.

What's behind the rise in consumer prices?

The annual inflation rate continued to soar for the fourth month in a row, rising to 4.5% in October, with energy prices shooting up 18.6%, estimates from the German federal statistics agency Destatis showed. It is the energy price hike that has been cited by experts as the main reason behind the overall increase in consumer prices.

In September, prices had risen in Germany by 4.1% year on year.

"There are a number of reasons for the high inflation rates since July 2021," Destatis said in a statement, citing a temporary reduction in value-added tax (VAT) in 2020 and the introduction of CO2 pricing since January 2021.

Europe's biggest economy introduced the VAT reduction to mitigate the impact of lockdowns implemented because of the coronavirus pandemic.

Gas prices have soared across the continent in recent months. Demand has increased sharply as European economies emerge from the impact of the pandemic.

Official estimates published Wednesday showed the German government expects inflation to rise to 3% in 2021 before subsiding in the coming years.

While inflation is helping firms to improve corporate margins that have suffered due to the pandemic, consumers are being hit in the pocket.

EU struggles to stem the tide

On Tuesday, European Union ministers were unable to agree upon new measures aimed at stemming the tide of increasing energy bills.

Fossil fuels will be with us for decades, no matter what pledges are made at the UN climate summit in Glasgow. With banks and pension funds cutting investment, who will control oil, gas and coal supply in the future?

Africa's abundant sunshine is ideal for renewable energy production. But the continent relies heavily on crude oil. Experts warn that the economy will continue to suffer if governments don't wean themselves off of oil.