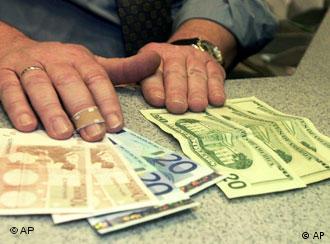 Nearly 463,000 Berliners are foreigners, around 14 percent of the German capital's residents, and many of them support family members back home in their native countries. Debo, a young Nigerian man, is one of them. It's often the case that only half of the money he sends to his family actually reaches them.

Debo wires his earnings through Western Union, which specializes in foreign money transfers. The money gets there quickly, he says. That contrasts with the practice of some German banks, through which such transfers can take as long as three weeks. 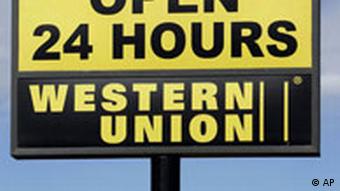 Money transmitters do differ, and a new Web site that the German government established together with the German Society for Technical Cooperation (GTZ) and the Frankfurt School of Finance and Management shows how. The site, geldtransfair.de, compares the conditions of 40 banks and other financial service institutes for transferring money outside the European Union.

"The point is to reduce the costs by ensuring transparency and competition among the providers of services," said German Minister for development Heidemarie Wieczorek-Zeul.

If transferring money cost as little to the developing world as it normally does between industrial nations, billions of additional euros would be available to those countries, she said.

For starters, geldtransfair.de shows the costs and conditions of sending money to the countries that are the recipients of the greatest amount of remittances from Germany: Albania, Ghana, Morocco, Serbia, Turkey and Vietnam. Fifteen more countries will be included within the next year or two, and the site is intended to pay for itself through ads.

The site shows, for example, that sending 100 euros to Albania costs from 1.50 euros to 40 euros and can take anywhere from less than a day up to 15 days. Geldtransfair.de also notes which money transmitters allow people to use their services without already having an account there and whether transactions must be carried out in person or can be done online, by fax or by phone. 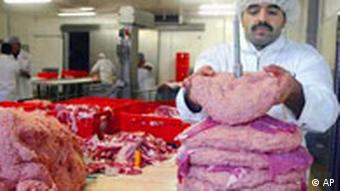 Turks send the most remittances from Germany

Turks, followed by Serbs, send more money abroad than any other group of migrants in Germany. Serbian Central Bank chief Radovan Jelasic, who himself lived in Germany until six years ago, is acutely aware of the importance of remittances to his country's economy.

"According to our estimates, $3 billion were sent to Serbia from abroad in 2006," he said. "That represents around 8.1 percent of the gross national product -- $300 million come from Germany alone."

The total sum of worldwide remittances -- $300 billion yearly -- is higher than that of foreign direct investments in developing countries. And it's twice as high as the amount of money officially paid as developmental aid.

Bank accounts for all

Experts say that, at most, only half of the remittances sent are done so through banks. But that's something that could change if financial institutions lower their fees. In Britain, the cost of transferring money to India has fallen by 40 percent since a similar Web site, sendmoneyhome.org, has been online. 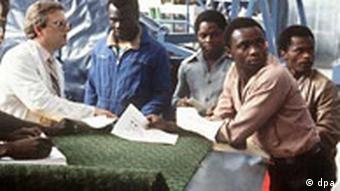 It's especially expensive for Africans to send money home

But sites like Geldtransfair.de can't improve weak financial structures in developing countries. The government must do much more to help migrants sending remittances home, according to German Finance Minister Peer Steinbrück.

"Everyone should be able to have a bank account to get access to financial services," he said, adding that that's far from a matter of course.

A German media report said the European Union and Switzerland have started a television, radio and poster campaign in African countries to keep potential illegal migrants from trying to immigrate to Europe. (27.11.2007)

Do you think more should be done to help migrants find affordable ways to send money to their native countries? Include your name and country in your reply.