The Robert Koch Institute has warned that after months of decreasing numbers, cases are now sharply on the rise again. The country's state leaders want the federal government to keep restrictions in place. 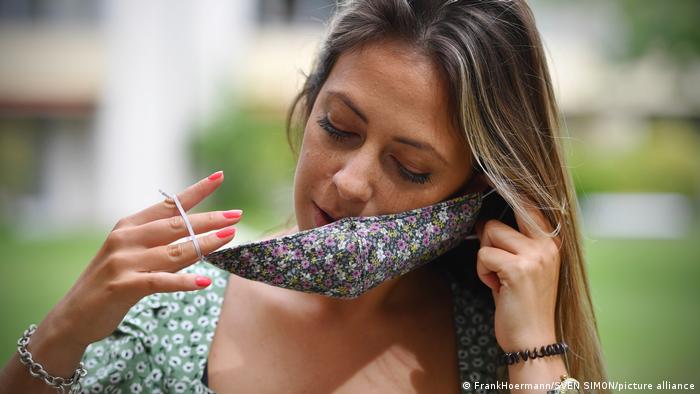 Masks, as well as proof of vaccination or a negative test, are required for most indoor spaces in Germany

Germany's infectious disease organization, the Robert Koch Institute (RKI), warned on Thursday that the country should expect to see another spike in COVID-19 cases for the rest of the fall and winter after months of declining numbers.

The RKI said that there were worrying increases in coronavirus cases in nursing homes, even among the vaccinated, as those who are elderly and have pre-existing conditions are still at greater risk to the disease. They issued a recommendation that large, un-masked gatherings continue to  be avoided at all costs, particularly indoors.

Even as hospitalizations amongst the healthy and vaccinated remained relatively low, children who are too young to be vaccinated are increasingly coming down with COVID-19.

The announcement came as Germany's sixteen state leaders were having their annual meeting, during which they called on the federal government to do more to prevent another diastrous wave of the virus.

Under a draft resolution set to be debated on Friday, the group requests that the government not let the COVID-related state of emergency expire in November, and maintain rules on masking and requiring proof of vaccination or a negative test or indooor activities.

On Monday, Health Minister Jens Spahn had said he would let the state of emergency expire on November 25, and leave it up to the individual states to decide which measures they want to enforce.

Australia's second-largest city is expected to come out of lockdown despite an increase in infections. Meanwhile, Latvia is diving into a month-long lockdown. Follow DW for the latest.