The German government has abandoned plans to make it easier for highly skilled foreign workers to immigrate to Germany. 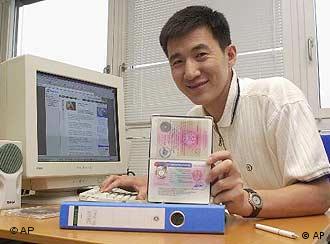 The German government decided against lowering the requirements necessary for academics and skilled workers to move to Germany permanently.

"The Ministry of Labor believes that the current regulations are completely sufficient," said spokesperson for domestic policy issues of the Social Democratic Party (SPD) Dieter Wiefelspütz on Tuesday. "We accept this."

Domestic policy experts in the German coalition government had previously agreed to make it easier for academics and highly qualified workers to come to Germany. 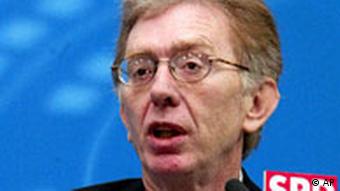 According to the original plan, the minimum wage requirement for young immigrants applying for a residence permit in Germany was to be lowered to 63,000 euros a year.

It is currently at 85,000 euros a year, which is seen by some as a significant hurdle for young people at the beginning of their career. Only five percent of Germans belong to this income category.

According to Wiefelspütz, however, low numbers of skilled workers coming to Germany are not related to the limitations of the immigration law.

At the same time, Germany's Federal Statistics Office said that 145,000 Germans moved abroad in 2005 -- about the number of people who live in a small city like Potsdam near Berlin. More than half of German emigrants were under 35.

Foreign Students May Find It Harder to Study in Germany

The German coalition government wants to tighten immigration laws with proponents saying tougher laws are necessary anti-terror measures, but others counter the new regulations could scare off qualified foreign students. (24.10.2006)

Germany to Get Tougher on Foreign Students

Germany is planning to tighten vetting procedures for foreign students as a consequence of a failed train bomb attack three months ago. (23.10.2006)

Germany's Chamber of Commerce has warned that qualified workers are fleeing the country in record numbers, posing a danger to the German economy. (23.10.2006)