UNESCO has awarded coveted World Heritage status to a unique medieval system of water management in Upper Harz, a region in Lower Saxony. The UN cultural committee announced the news at a conference in Brazil on Sunday. 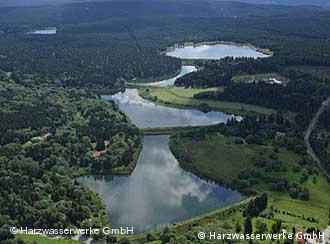 The water system was used for the underground wheels, which powered the mines

The UNESCO Committee has declared an 850-year-old water management system in the Upper Harz region of Germany as a World Heritage Site.

At a conference in Brasília, Brazil the United Nations cultural organization discussed applications for World Heritage status for 32 new sites. According to UNESCO spokesperson, Sue Williams, the 21 experts at the conference decided unanimously to put the German water system on the list of World Heritage sites.

"There's no comparable system anywhere," according to Professor Reinhard Roseneck, responsible for environmental heritage in the Lower Saxony region, who helped prepare the German application.

The water management system is one of the biggest surviving pre-industrial energy suppliers. It consists of a vast series of dams, canals, water wheels and underground water chambers and originally provided energy for mining. The earliest features date from the 12th century and were built by Cistercian monks. The success of mining in the region contributed to economic prosperity in the middle ages and beyond.

Will this put the region on the map? 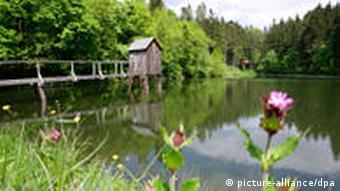 With its picturesque ponds and lakes, the region already attracts thousands of tourists

The nearby Rammelsberg mines and the ancient town of Goslar were awarded World Heritage status in 1992. The new award extends recognition to the water system that served the area.

Whilst UNESCO status is seen as a badge of honour for the region, it remains to be seen whether it will boost tourism. The waterways are already a popular holiday destination.

"It could affect tourism, but I don't know how it would affect it because Harz is already a tourist region," said Dieter Offenhauser, deputy secretary general of the German UNESCO Commission.

Still in use today

This vast system of caves, ponds and channels is in part still functioning, another thing that makes it unique. It requires millions of euros of investment by the regional authorities.

Maintaing and preserving the site is "a big responsibility," according to Dieter Offenhauser. To qualify for the World Heritage list the historic monuments have to be managed and preserved appropriately.

The Upper Harz water management system will become Germany's 34th UNESCO World Heritage site; there are 890 such sites in the world.

A plan to build a bridge across the Rhine valley has been given the go-ahead by world heritage panelists. UNESCO says that project can take place without a threat to the status of Germany’s world-famous Lorelei rock. (29.07.2010)

An 850-year-old water management system in Germany's Upper Harz region could become a UNESCO World Heritage site, replacing Dresden's Elbe Valley, which was removed from the list. But would the title benefit the region? (27.07.2010)

UNESCO has dropped the German city of Dresden from its list of world heritage sites for constructing a disputed bridge that UN officials say will ruin the city's historic Elbe Valley landscape. (25.06.2009)