Coronavirus in Germany: Göttingen residents feeling like prisoners | Germany | News and in-depth reporting from Berlin and beyond | DW | 10.06.2020

A cluster infection in a housing complex has left a central German city facing strict lockdown. Everybody is asking who is to blame. 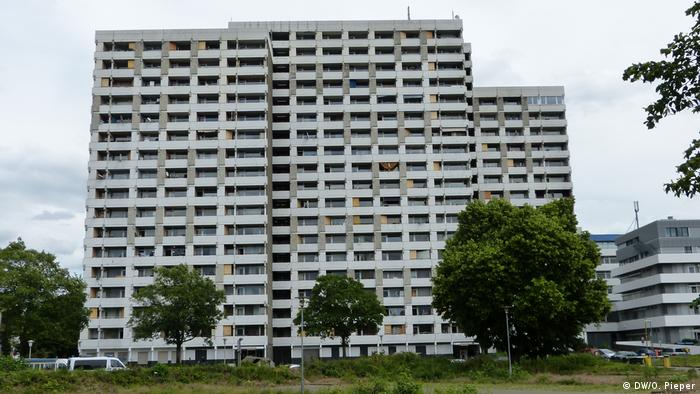 The Iduna housing complex, a forbidding concrete block located just outside Göttingen's city center, is where most of the newly infected people live. At the beginning of June, the city of 120,000 in the region of Lower Saxony reported hundreds of new infections. The outbreak was traced back to a hookah bar, which should not have been open.

Many of the infected are among the 700 inhabitants of the Iduna complex, where a mobile testing center was quickly set up in the building's underground parking area. Doctors and medical students conducted tests at the rate of one every three minutes. 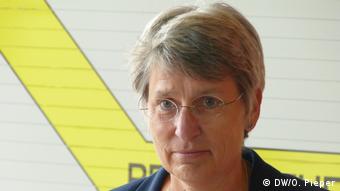 "I've had plenty of sleepless nights. The challenge is massive," says Petra Broistedt, the city councilor in Göttingen who heads the coronavirus crisis management committee.

There are those in Göttingen who are calling for the whole complex to be put in quarantine. It is something that Broistedt, a former social worker, is adamant will not happen: "We can't put up a fence and barbed wire. This is not a prison."

Broistedt is doing everything in her power to avoid a lockdown. Schools and day cares, as well as swimming pools, are all being closed down. Team sports are banned, and all residents of one home for seniors are being tested for COVID-19.

"I'm a mother, too, and dependent on child care facilities, so this is not easy,” says Broistedt: "But I hope it's going to help us get this situation under control."

Heiko has been living in the Iduna center for years. In recent days, he says, he feels like a prisoner. Suddenly he is looked on as a criminal and he's not willing to give us his full name. Heiko says that he and other inhabitants of the Iduna complex are being blamed for the outbreak, blamed for schools being closed down: "People on the street are treating me with suspicion, looking down on me, spitting on the ground as I go past."

The Iduna complex, named for an insurance company, was built back at the beginning of the 1970s. At the time it was viewed as a prestige project. This is a university city and lecturers moved into the building, attracted by the swimming pool and shopping center. The building even appeared on postcards.

Today it is a trouble spot. Many who live there have been left behind by the rest of society. Symbolically, the two bridges that, decades ago, linked the complex with the city center and the university, have been pulled down. Little is left to bridge the gap between Göttingen's 30,000 students and the troubled high-rise with over 400 apartments. 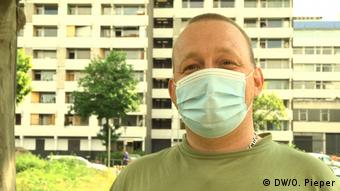 Inhabitants of the Iduna complex are protesting against discrimination

Heiko says he and others like him are paying a high price for the way things have developed: "All I want is for people in the rest of Göttingen to stop treating us so unfairly."

Even worse affected than Heiko are the families who fled the Kosovo crisis at the end of the 1990s and today live in the Iduna complex. Authorities believe that the outbreak began with festivities to mark the end of the fasting month of Ramadan, including a gathering of more than 30 men in the hookah bar, where it is suspected that people might have smoked on the same pipes.

Read more: Coronavirus in the Balkans — can it defeat hatred?

Whatever the rights and wrongs, the allegations have certainly stirred up bitter controversy. The populist right-wing Alternative for Germany party (AfD) has been using social media to railagainst what it sees as, "the clearly provocative and ignorant behavior of Arabic clans." Right-wing rabble-rousers have joined the campaign with racist intimidation. The media are out in numbers and buzzing around the story.  Iduna residents have been pelting some of them with vegetables.

The families from Kosovo say they are being stigmatized. They say that there never were any large-scale gathering in contravention of corona stipulations. And they respond to claims that family members have deliberately avoided testing saying that, in fact, they have been turned away from the test sites. What is more, they say that the so-called "patient zero” – the first patient to be infected in the outbreak – was not from Kosovo and that they had informed authorities about how the person in question repeatedly broke quarantine rules. 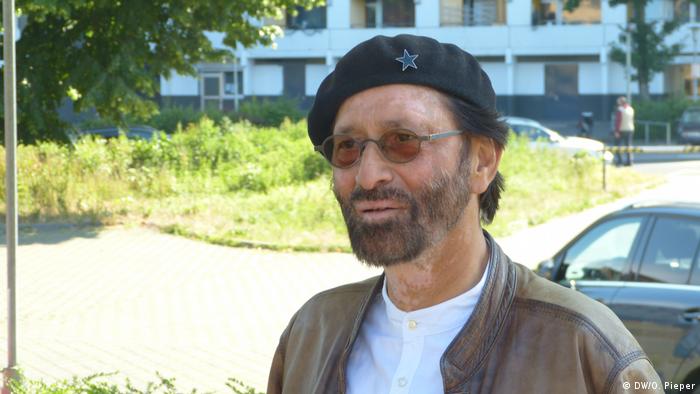 "There has always been this kind of resentment. Now it's getting more virulent," says Meinhart Ramaswamy. He is a member of the city's municipal assembly for the Pirate Party and has for many years been doing what he can to support one Kosovo family. His big fear now is that the rift between the city authorities and the police on the one hand and the residents of the Iduna complex on the other will only get deeper still. That, he believes, could put an end to projects aimed at supporting families and children living in the housing complex.

Ramaswamy says that tensions have been running high for years, with refugees and asylum seekers from Kosovo living in constant uncertainty: "In the past, the police have not tended to hold back.”

At the same time, there is no doubt that communication with some members of the first generation who came to Germany from Kosovo two decades ago is not easy: authorities face a sometimes insurmountable language barrier that makes things especially difficult in times of the coronavirus.

But the media are biased in their reporting, Ramaswamy complains: "There is a dentist here in Göttingen who had been in the outbreak in the Austrian skiing resort of Ischgl and then treated patients. Nobody reported on that!" he says. There have been other large-scale gatherings, he adds. Demonstrations, for instance, against the coronavirus measures and restriction. But those people were not put in the spotlight.

The activist concludes: "A building like this, where people find themselves crammed together, and where living conditions are so poor, is a natural breeding ground for such an outbreak."