In two separate reports, the central banks of Germany and France are seeing Europe's two biggest economies on a firm footing over the next few years, although cutting their growth forecasts slightly. 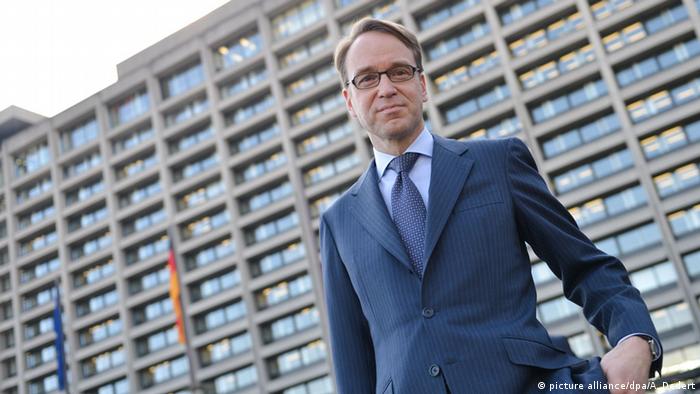 Germany's economy would expand by 1.7 percent this year, slowing to 1.4 percent in 2017 before expanding again to 1.8 percent in 2018, the Bundesbank, said in its biannual report released Friday.

The downward revision from 1.8 percent and 1.7 percent this year and next year respectively was due to statistical reasons and no cause for concern, because Europe's largest economy stood on a "relatively firm" footing, said Bundesbank president Jens Weidmann.

"The supporting pillar for growth is buoyant domestic demand, which is supported by favorable labor market conditions and rising incomes per household," Weidmann added in the report.

In the coming years, the German central bank expects exports - once the main driver of German growth - to provide only a "limited push" to growth. Inflation was expected to remain subdued this year, the Bundesbank said, with consumer prices rising by just 0.2 percent, accelerating to 1.5 percent next year and 1.7 percent in 2018.

Also on Friday, the Bank of France issued its growth estimate for the next three years, reiterating its forecast of 1.4 percent this year, but cutting its outlook for 2017 to 1.5 percent from 1.6 percent earlier. Growth of 1.6 percent would now only be achieved in 2018, it said in a report.

Those constraints are expected to limit job creation, with employment levels likely to rise by 0.7 this year and 0.6 percent next year - much too slow to substantially reduce France's unemployment problem. Therefore, the central bank estimates the jobless rate not to fall below the 10-percent mark before 2018, after a moderate decline from 10.3 percent in 2015 to 10.1 percent this year.

Bank of France also called on the government to control its deficits with the aim of cutting growing national debt. France's debt burden currently amounts to 96 percent of GDP, vastly higher than the eurozone's 60-percent target.

France has repeatedly failed to meet the EU's deficit target of 3 percent of GDP, and was last year given until 2017 to get its budget in order.

German unemployment down to six percent

At no time in half a century has unemployment in Germany been as low as this May. In what appears to be a positive feedback loop, a strong labor market boosts consumption, driving growth and creating even more jobs. (31.05.2016)

Researchers have reported a rise in business confidence among German executives as solid first-quarter growth fueled hopes for rising demand. Consumers in Europe's powerhouse were found to be equally optimistic. (25.05.2016)

The French economy has expanded more than expected by analysts, the nation's statistics agency has said. Private consumption turned out to be a major driver of economic growth in the eurozone country. (30.05.2016)