Aygül Kilic was a little-known candidate for the Free Democrats until her electoral poster ignited an online controversy. One of Kilic's party colleagues says those vilifying her for wearing a hijab should "go to hell." 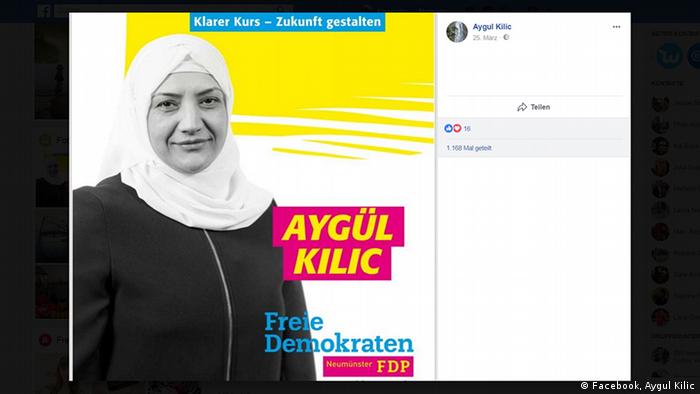 Aygül Kilic, a candidate for a local election in the northern German city of Neumünster, posted a photo of the poster on her personal Facebook account on March 25.

Critical comments and posts quickly spread on Facebook and Twitter, with many people questioning how the FDP could condone a candidate that wore an allegedly oppressive and illiberal form of Islamic clothing.

The local FDP party in Neumünster released a statement defending Kilic against what it said were "hateful" and "right-wing" comments.

"The Free Democrats in Neumünster have been subject to strong criticism and hateful comments that clearly have right-wing origins," the party said.

"The people who are progressive and liberal are those who DON'T recommend or dictate to people from other cultures, religions or nationalities what to wear," it added.

Read more:  I'm an Arab woman; am I oppressed?

National lawmakers also weighed in on the controversy.

FDP lawmaker Konstantin Kuhle defended Kilic, writing he was "proud to belong to a party that gave women like Aygül Kilic the opportunity to be a part of the political decision-making process."

Speaking to German daily newspaper Die Welt, he said: "Whoever vilifies a Muslim candidate with or without a headscarf should go to hell. We'd rather do without votes than betray our values."

The newspaper's outspoken pro-FDP editor, Ulf Poschardt, gave his two cents as well, calling on Kilic's supporters to resist "intimidation." All liberals, he added, knew "what happens under the headscarf is what's important."

Kilic, who is standing for an election on May 6, has yet to respond to the outcry. 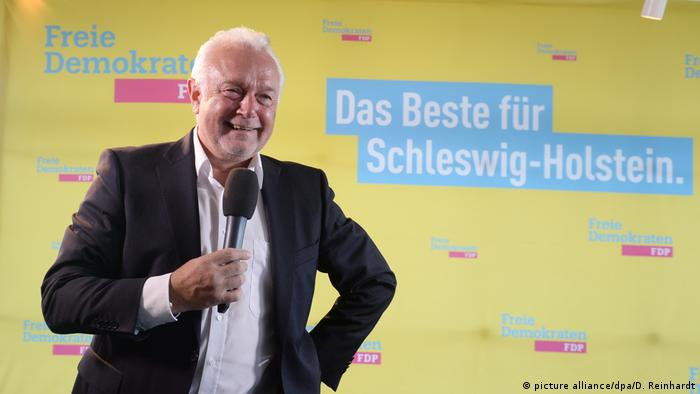