The Würzburg attacker seems to have been a young, lonely, unaccompanied refugee who had radicalized himself. De-radicalization experts in Germany say such people can be particularly vulnerable. 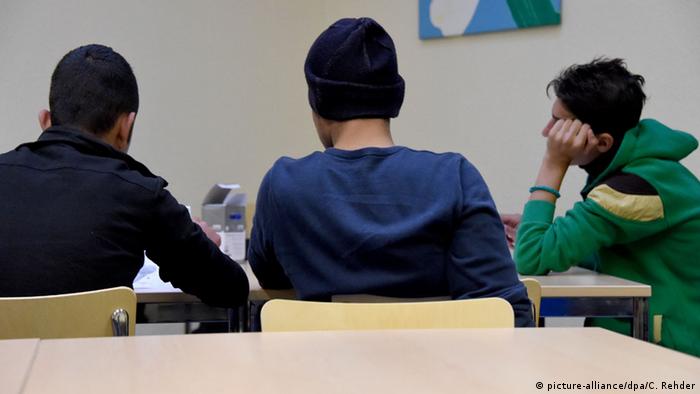 Few details are known about the attacker who seriously injured four people on a train near Würzburg on Monday night. According to Bavarian Interior Minister Joachim Herrmann, he was a 17-year-old asylum seeker from Afghanistan, who had been living in the Würzburg area since March 2015 - first in a home, and more recently with a foster family. 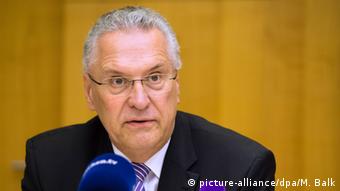 Herrmann also told Tuesday's press conference that there was no indication yet of a direct link between the Islamic State (IS) militia and the young man. But he may have pledged allegiance to the group independently: police found a "hand-painted" IS flag in his room, along with a text in Pashto which suggested, as Herrmann put it, "that this could be someone who had radicalized himself recently."

But having no direct link to the attacker has not deterred IS from claiming responsibility for the attack - just as they did with the recent attacks in Orlando and Nice.

Radicalization among refugees is not a new problem. Germany's domestic intelligence agency, the Verfassungsschutz, last year warned that refugees could be targeted by "Salafists" - the agency's term for Muslims who preach an ultra-conservative version of Islam - even though in practice many Salafists distance themselves from IS.

Julia Reinelt, head of international affairs at the de-radicalization organization the Violence Prevention Network (VPN), agreed that this does happen. "There certainly are recruitment attempts [by Salafists], beyond what the Verfassungsschutz claims," she told DW.

Meyer Husamuddin, an imam who works with de-radicalization projects in the town of Wiesbaden, also thinks that young unaccompanied refugees may be vulnerable to radicalization. "Some of them are in a difficult psychological situation because their parents are often still in danger - and then maybe things aren't going so well here," he said. "Then it can happen that one or two of them become a ready victim for those who want to manipulate them." 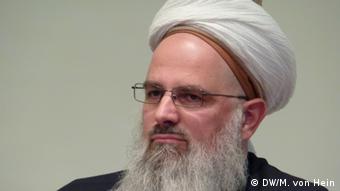 And Husamuddin has also noticed that radical Islamists have "discovered that there are certain people who it's easier to provoke into doing things."

"My impression at the moment is that the networks trying to recruit for Daesh are weakened," he added, using the Arabic acronym for IS. "But the fact that they want to [recruit] - I do believe that."

So can young unaccompanied refugees, without social contacts and often caught in a frustrating bureaucratic dead-end in Germany, be more susceptible to radicalization?

"I would say that they probably are more in danger [of radicalization] than a young person who has a well-functioning social network and parents and people to talk to and knows the language and the culture," Reinelt said. "But whether that actually does lead to increased radicalization among them, we can't say at this point."

There's no doubt that the new influx of migrants does pose new social problems, which de-radicalization organizations have only just begun dealing with. VPN has been running the Al-Manara ("the lighthouse") project in Berlin since the beginning of April, and offers counseling specifically for unaccompanied under-age refugees. (There were around 4,200 unaccompanied minors among the 80,000 refugees who arrived in the German capital last year.)

"Of course, a lot of the refugees come because they've fled from [Islamic State]," said Reinelt. "It sounds like a paradox that people allow themselves to be radicalized by the people they fled from - but things are often not that black and white and logical. My impression is that we don't have that much to fear from the refugees." A more immediate danger, she said, was that attacks like the one in Würzburg could be exploited by far-right extremists, who could in turn incite Islamist extremists even more. 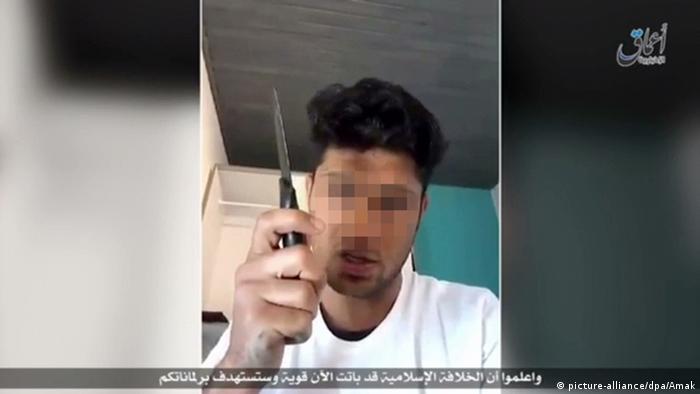 The ax attacker in a video recorded before the event

Reinelt has noticed that young people can radicalize themselves very quickly without any outside influence except social media - making it very hard to detect. Though this, she insisted, was the exception. "In general radicalization doesn't happen exclusively online - there are usually contact people in real life," she said. "But we know that there are exceptions where people can get radicalized very quickly and only via social media."

Meanwhile, de-radicalization specialists are always trying to identify other factors. "I would definitely not say that radicalization is always a mental health issue - that is of course nonsense," said Reinelt. "But there certainly are signs that some of the young people who have been to Syria or carried out attacks have shown signs of mental health issues."

"I've definitely noticed over the last five or six years that people who are angry want to copy things like this - it's very difficult to deal with," said Husamuddin. "It's not like how it's often presented: someone becomes more and more religious and then becomes a radical. In fact, they convert from being a criminal to being a terrorist.

"What can we do about it? I can only think of one method: we have to avoid giving the impression that the people coming here are unwanted or get pushed to the margins. We have to try to take them into our communities."

Berlin officials have been noticeably quiet following the bloody attack in Würzburg. One, however, has drawn backlash. In Munich, Bavaria's interior minister sounded a warning bell. (19.07.2016)

A psychiatrist has told a German court that the man accused of carrying out multiple fatal stabbings in June 2021 suffers from paranoid schizophrenia. Three people were killed and nine others were injured in the attack.