Germany, EU talk tough on returning IS fighters | Europe| News and current affairs from around the continent | DW | 18.10.2016

A new terrorist threat was on the agenda as German Interior Minister Thomas de Maiziere met EU security head Julian King. That was after King told a German paper the latest fighting in Iraq could mean trouble for Europe. 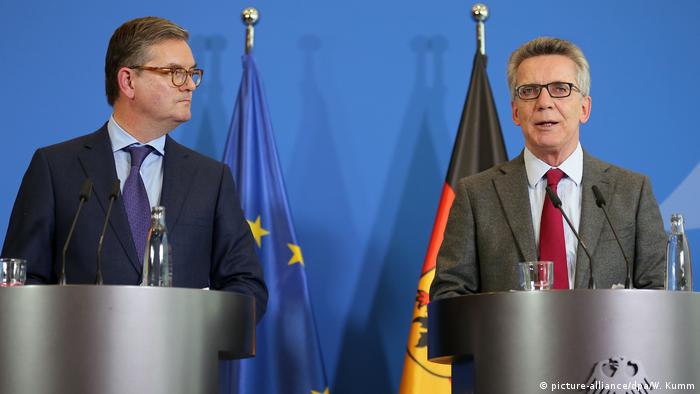 As part of his first visit to Berlin after becoming EU security commissioner on September 19, Julian King toured the Joint Terrorism Defense Center in Berlin. And terrorism - particularly the prospect of European "Islamic State" (IS) fighters from Syria and Iraq coming back to the continent - was at the center of his subsequent talks with German Interior Minister Thomas de Maiziere.

In an interview with "Die Welt" newspaper ahead of his meeting with de Maiziere, King had warned that if Iraqi troops retook the IS stronghold of Mosul, European IS fighters could return and launch terrorist attacks. King said that the numbers of such fighters was likely to be small but added that they represented a serious threat for which Europe had to be prepared.

De Maiziere acknowledged that IS had threatened to launch attacks on the continent but argued that the potential fall of Mosul didn't necessarily raise the danger level in Europe.

"I don't see any additional threat to Germany because of the fighting on the ground there," de Maiziere said.

In his interview King put the number of people from the EU fighting for IS at 2,500, although earlier this year, English newspaper "The Telegraph" put the figure at around 6,000.  A study by the International Center for Counter Terrorism in The Hague published this April specified the number of IS fighters from Germany as more than 238. 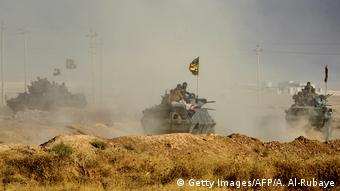 The interior minister insisted that Germany had laws in place to intercept any returning IS fighters at its borders .

"Of course we know those people who left Germany and who may have battle experience," de Maiziere said. "That's why we have laws to prevent them from traveling and take them into custody when they return, and that happens on a weekly basis."

Potential terrorists who come to Germany for the first time and are unknown to security authorities represent a different problem. But de Maiziere argued that Germany was well-prepared, alluding to the arrest of would-be terrorist Jaber Albakr, who entered Germany as a refugee from Syria.

"Good cooperation between security authorities, internationally and nationally, makes it possible to recognize dangerous people and prevent them from attacking, as has been successfully shown in Germany recently," the interior minister said.

But de Maiziere essentially sidestepped a question as to whether the battle for Mosul could lead to another wave of refugees to Germany, with the attendant security risks. 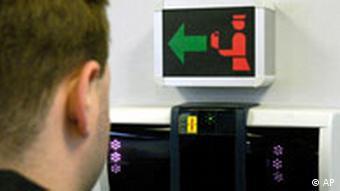 Despite Britain's intent to leave the EU, Commission President Jean-Claude Juncker appointed King to head the bloc's security efforts - a move widely considered an expression of how highly Brussels regards British intelligence services. De Maiziere seemed particularly keen to highlight the level of consensus between Germany and the British EU commissioner on the future directions of European security policy.

The Interior Minister said that Europe and the EU would be pursuing a passenger name record (PNR) of all air travelers flying to or within Europe, a system of visa-free travel (ETIAS) modeled on the American ESTA system, and the "interoperability" or linkage of various databases used by different security institutions.

"These three elements are difficult legally and technically, but they're absolutely urgent," de Maiziere said, "and I'm happy that Commissioner King is also going to take them up as a personal cause." 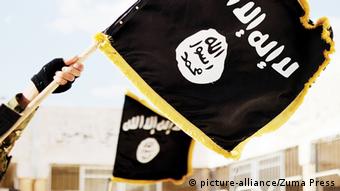 IS is on the retreat in Iraq but remains a threat

King specifically came out in support of the PNR but otherwise remained more general in his remarks.

"The security of one member state is the security of all, and there's a lot we can do at the EU level to help the efforts of member states," the commissioner said. "For example, we can work to squeeze the space in which terrorists, and cyber-criminals, and serious criminals act."

He did, however, stress the need to prevent people from becoming radicalized and hinted that EU member states that failed to live up to security standards could face repercussions.

"We need to do what we collectively agreed to do," King said. "There are some instances in which member states are lagging behind, and the commission will encourage them, including, when necessary, by taking infringement action."

But it remains to be seen whether King can maintain the authority necessary to keep all the EU's member states in line, if his home country makes concrete progress toward leaving the bloc.

More than half of Europe's foreign fighters have a criminal record, according to a UK report. Researchers have pointed to increased radicalization in Europe's prisons, an issue with serious consequences. (12.10.2016)

The battle for the last 'IS' stronghold in northern Iraq has begun. The remaining IS fighters should soon be defeated. But this doesn't mean that jihadism will be eliminated. It could become more threatening than before. (18.10.2016)