Migrant children born and raised in Germany are to get dual nationality. Germany's parliament has approved a loophole to law that requires migrant teenagers to drop their parent's nationality if seeking German statehood. 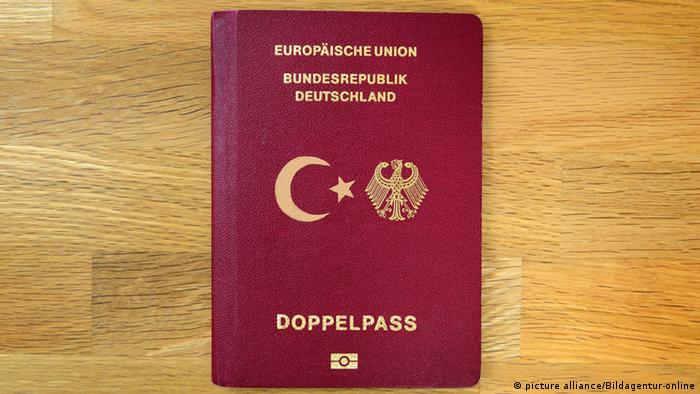 Germany's largely singular nationality law was widened slightly on Thursday by the Bundestag, the German parliament, to allow children born and raised in Germany to migrant parents to apply for two passports.

Strong objections came on Thursday from the Bundestag's opposition parties. Sevim Dagdelen of the Linke (Left) party accused Merkel's conservatives of sticking to an outdated dogma of avoiding multiple nationalities.

Adding to this, Greens interior affairs spokesman Volker Beck said Germany's constitution did not allow German nationality to be in various levels or shades.

Thursday's amendment, mostly benefiting children of Turkish migrants, requires them to prove by the age of 21 that they have lived for at least eight years in Germany, or have attended school or vocational training institutions in Germany for six years.

As proof, teenage applicants will be required to submit their school or vocational training certificates.

The amendment is a departure from a law change in place since 2000 that otherwise requires children of migrant parents residing in Germany to give up their parent's statehood if they apply to become German citizens. This system is called in German Optionspflicht or the compulsion to choose an option.

There would be no automatic back-dating, he added.

De Maiziere said he was sure that "practical solutions" could be found for those migrant children affected.

SPD interior affairs expert Rüdiger Veit admitted that the Social Democrats would have preferred a general acceptance of dual nationality in Germany, but added that the deal with Merkel's conservatives was not a bad compromise.

"That is a good message, because it promotes societal cohesion," he said, adding that longstanding German citizenship law represented a commitment to Germany and an avoidance of "parallel communities."

Other exceptions only extended to children born to citizens of EU countries and those born in families where one parent was a foreign national, he added.

Critics, including Turkish communities in Germany, have long pressed for liberalization and say Thursday's amendment for many only prolongs the compulsion to choose.

The 'passport' seen in the above image is a symbolic representation of dual nationality.