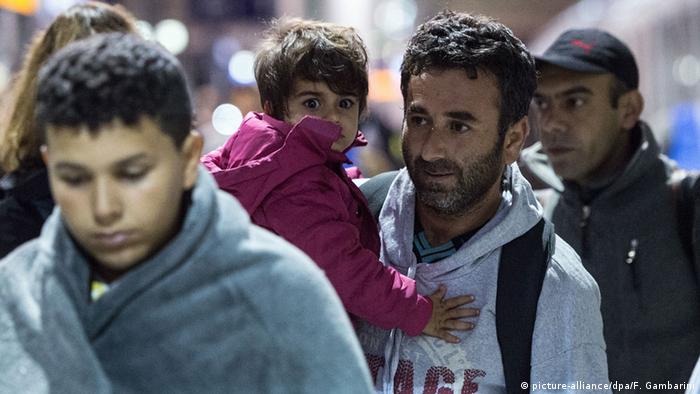 Germany's Bundestag began formal debate Thursday on reforms to the country's asylum laws, including plans to reject applicants from "safe countries of origin" and expanding that list of countries to include Albania, Kosovo and Montenegro.

"We are clearly committed to integrating those who are worthy of protection," Interior Minister Thomas de Maiziere told lawmakers. He also added, however, that those deemed unworthy of refuge would have to leave the country. 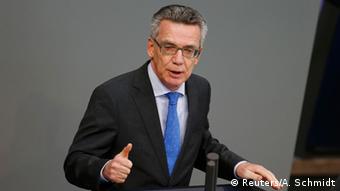 The bill pledges "additional" transfers of funding for local providers hosting refugees and German language and induction courses for applicants with "good" prospects of being granted asylum so that they can be integrated as "rapidly as possible" into German society and its workforce.

Local bodies and the 16 states, known as Länder, are to get extra federal funding to erect and extend subsidized municipal housing.

De Maiziere praised mayors and district administrators across Germany for their massive effort in accommodating migrants arriving at rates of up to ten thousand each day, mainly via Germany's southern state of Bavaria.

All were making a "helluva lot of effort," he said. 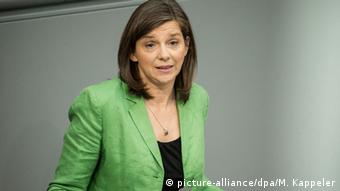 Under the bill, each migrant on arrival is to be issued with an identity card including photo valid for short limited period until a formal asylum application is lodged.

"Those who incite resentment endanger the social cohesion deliberately," she said.

Göring-Eckardt also accused Julia Klöckner, a Merkel deputy bidding for the regional premier's job in the state of Rhineland Palatinate next year, of directing "cheap" sweeping remarks at Muslims.

Left party opposition veteran Gregor Gysi said the long-term answers still lay in tackling the causes of refugee flight from locations such as war-torn Syria and Afghanistan through increased funding of organizations such as the UN World Food Program.

He said Merkel's pledge made last week at the UN to lift Berlin's aid expenditure from the current 0.4 percent to 0.7 percent of Germany's gross domestic product (GDP) was "correct" but came only after decades of inaction by conservative parties.

Procedures to be "prioritized'

"Whether it will be sufficient, we'll see," he said.

The bill's preamble text said procedures needed to be "prioritized" for an "unprecedented number of asylum seekers seeking protection from war, persecution and deprivation."

People from a list of "safe countries of origin," comprising mainly Balkans nations of former Yugoslavia as well as Senegal, would be required to stay in preliminary reception centers while their applications were processed for up to six months, instead of three months currently.

The "safe countries" list would be reviewed every two years. Exceptions would only be granted on individual claims of having been mistreated or persecuted, the text said.

Pocket money to cover an applicant's everyday necessities would be replaced "as far as possible" by cashless handouts, the bill said. Paid work would not be allowed during the asylum application phase.

The bill vows to "remove" from existing law "wrong incentives that could lead to a further rise in unjustified applications."

Deportation delays would be reduced from a maximum of six months to three months, with the exact moment left unannounced to dissuade those turned down from going into hiding. 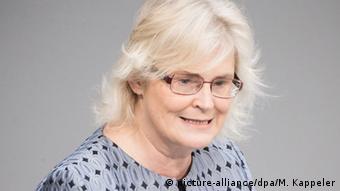 Each state would be allowed to appoint a single regional court to focus on a specific "safe country" and handle legal complaints from asylum applicants.

Christine Lambrecht, a leading member of the Social Democratic (SPD) party, which governs in coalition with Merkel's conservatives, said the bill created the preconditions that local authorities needed to welcome the newcomers to Germany.

The key to successful integration was "quick access" to German language courses, she told parliament.

Lambrecht cited as an example a young man from Eritrea who had arrived in Germany two years ago and now had a traineeship with an optician.