To combat poverty in one of South America's poorest countries, Bolivian lawmakers have passed a bill permitting child labor from the age of 10. The German government has urged Bolivia to rethink its approach. 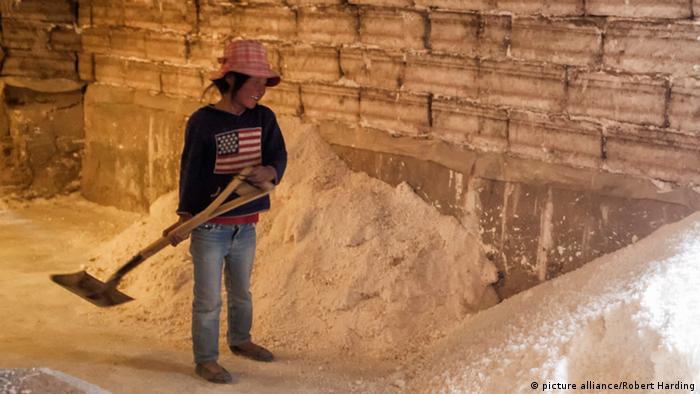 A senior lawmaker from Angela Merkel's conservative Christian Democratic party has called on Bolivian president Evo Morales not to sign into law a measure allowing children to begin working at the age of 10.

"Politicians cannot regard child labor as a systematic solution for poverty, not even temporarily," Sabine Weiss, deputy chairperson of the German parliament's Committee on Economic Cooperation and Development, said Friday.

"We urge President Morales not to sign off on the law but rather search for other alternatives to solving structural poverty," she added.

Bolivia's congress passed a measure Wednesday introducing a number of exceptions to an existing child labor law that already permitted child workers as young as 14.

One of South America's poorest countries

The law sets out stringent requirements for employers to ensure the physical and mental health of employed children, including consent from a parent, permission from a public overseer, and a voluntary decision from the child in question.

While the law formally sets the minimum age for employment at 14, it includes a number of caveats permitting some children to begin working at 12 years old, and others as young as 10.

The previous version of the law allowed no such exceptions and had drawn criticism from families who relied on their children's incomes for survival in poverty-wracked Bolivia.

The bill's co-sponsor in parliament, Javier Zavaleta, said by reducing the legal limit, lawmakers hoped to wipe out poverty from the South American country by 2025.