Germany head coach Joachim Löw has named his squad for the national team's last two matches of 2017. A couple of familiar faces return, while Marcel Halstenberg earned his first call up to the national team. 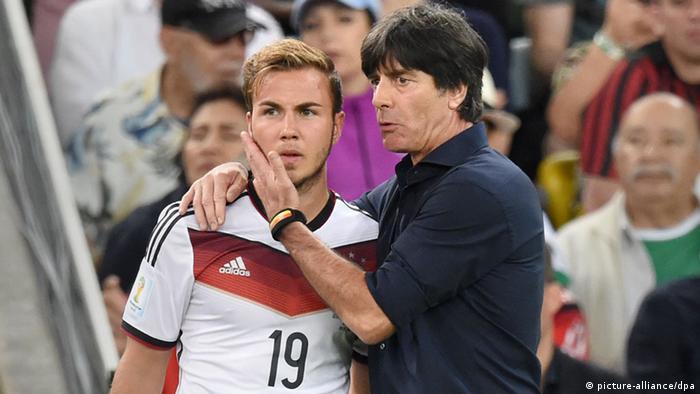 Midfielders Mario Götze of Borussia Dortmund and Manchester City's Ilkay Gündogan are to return to the national team after a year's absence, as they were two of the 25 players coach Joachim Löw named to his squad for the upcoming friendlies against England and France.

Both Götze and Gündogan made their last appearances with the national team in Germany's 0-0 draw in a friendly in Milan last November. Götze missed most of the second half of last season due to a metabolic disorder, while Gündogan had missed time after having torn the cruciate ligaments in his right knee.

Left-back Marcel Halstenberg, 26, earned his first call up due to what Löw described in a statement posted on the German football association's (DFB) website as "consistently strong performances" for his club side, RB Leipzig.

Löw said that Halstenberg had "proved through his appearances in the Champions League that he can hold his own at the international level."

The captain, Manuel Neuer, his Bayern Munich teammate Thomas Müller, Benedikt Höwedes, Marco Reus, Jonas Hector and Serge Gnabry were all ruled out due to injuries. On Thursday, Leon Goretzka announced that he was unavailable due to a what was described as a stress reaction in his right lower leg.

German are to play England at London's Wembley Stadium on November 10 and France in Cologne four days later.