Germany's three best, most promising universities are all located in the country's south, a panel of experts has determined. The winners are ensured millions in state funds for years. The losers may face a bleak future. 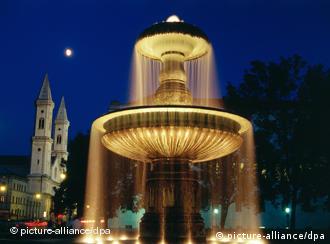 Will the money turn Munich's university into a fountain of scientific excellence?

The three institutions are the biggest winners in Germany's "excellence initiative," which was established to improve the country's chronically under-funded colleges -- and its reputation abroad -- by encouraging high level research and competition. The trio will receive around 120 million euros ($150 million) each in federal and state funds over the next five years.

"So far, no German university has made it into the top 50 worldwide, but if we carry out our concept for the future, after five years we could be among the first 25," TU president Wolfgang A. Herrmann told Handelsblatt online portal.

In total, 22 projects from universities, mainly in Germany's richest states, were singled out to receive a portion of the 1.9 billion euros earmarked for the initiative between 2007 and 2011. The money will be distributed in three areas: for graduate schools that showed they knew how to promote new talent; for "research clusters" that demonstrated they were centers of excellence in particular fields; and finally for three top institutions that encompassed all of the previous qualities as well as presenting a dazzling vision of a future of educational excellence. 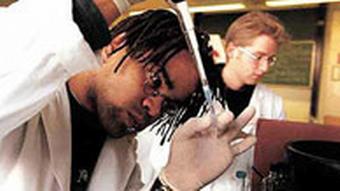 Germany hopes to resurrect its image as a research leader

Universities in the country's north and east went largely unacknowledged in the expert panel's decisions, causing some to predict they could end up as even bigger losers in the future as ever more funding goes to institutions in the south and west, already among the country's wealthiest regions.

Phorms, a new private school in Berlin, opened its doors in August. It is not run by a church or foundation but by a company that views education as a product and unabashedly wants to profit from it. (13.10.2006)

Germany's plan to overhaul its university system and create a cadre of elite universities is heating up. In January, the field was narrowed to 10 finalists; this autumn will see a final selection. (28.08.2006)

A strange video is spreading on Telegram and Twitter: Hospice residents in Germany are allegedly getting tattoos of Putin to take him to his death as "living voodoo dolls." The whole thing is a fake.

Male and female friendships are different, and scientists don't know why 17.08.2022

Men and women nurture and treasure their friendships in different ways. The differences start in elementary school and continue through college and married life.