Beijing and Berlin have signed agreements to boost cooperation in the banking and insurance sectors. A trade spat with the US has left China looking for other trade partners. 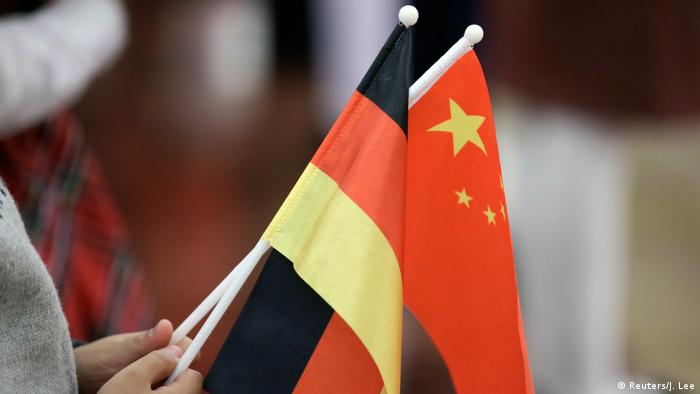 China and Germany vowed closed financial cooperation on Friday, affirming initiatives to open their respective markets further to each other's banks and insurers. Berlin stopped short of choosing a side in the US-China trade war, however.

Liu said he welcomed "more qualified German banks to participate in the opening and innovation of China's financial market."

China is under increasing pressure to finally fulfil promises it made when joining the World Trade Organization in 2001 to open its banking, insurance, and securities markets. In 2017, the Chinese government promised to permit full foreign ownership of insurers and banks, but investors have said that details of the relevant regulations remain vague.

Amidst an intensifying trade spat with Washington, Beijing has been at pains to establish stronger business ties with other countries.

However, China remains at odds with the EU over its policy of forcing foreign firms operating within its borders to hand over technology patents. The bloc filed a WTO complaint against Beijing last June.

Liu He is set to visit the US at the end of January in a renewed push to end the trade stalemate between the world's two largest economies.

Industry leaders cautious as both German exports and imports rise

German exports have bounced back in October, while a strong import rise suggests robust domestic demand. Cause for cheer? Not quite, according to most observers of Europe's powerhouse. (10.12.2018)

China's economy not opening up despite Beijing's assurances

Threatened by a trade spat with the US, Beijing has once again promised to open up its economy. The reality, however, is that foreign firms are finding it harder than ever to compete against China's state-owned giants. (22.11.2018)