Armin Laschet, the leader of Angela Merkel's Christian Democrats, says he will quit as head of Germany's most-populous state. The announcement came as he took responsibility for the party's poor election performance. 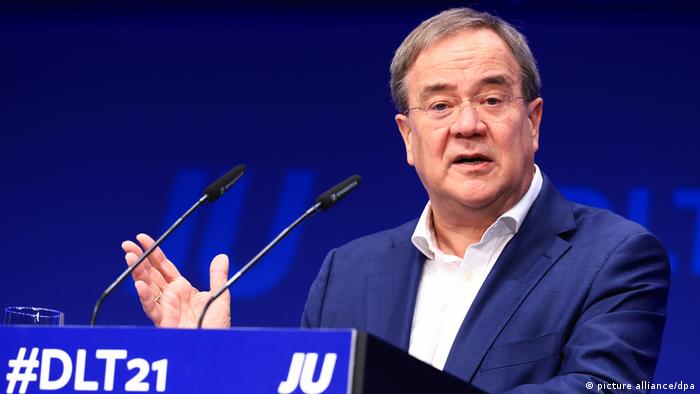 Armin Laschet on Saturday said he would step down as premier of the state of North Rhine-Westphalia (NRW) in the wake of national elections that saw his center-right Christian Democrats (CDU) score their worst-ever poll result, ending a 16-year run at the top.

"The responsibility for this result lies with me as leader and candidate for the chancellorship," Laschet told the CDU's Young Christian Democrats Congress in Münster.

He said the conservative bloc of the CDU and its Bavarian sister party, the Christian Social Union (CSU), should now prepare to take on the role of opposition in the Bundestag, which it last held in 2005. He also called for his party to renew itself, both by a generational change in leadership and by giving women greater involvement.

The designated replacement for Laschet in NRW is current state Transport Minister Hendrik Wüst, who at 46 would be the state's youngest premier. 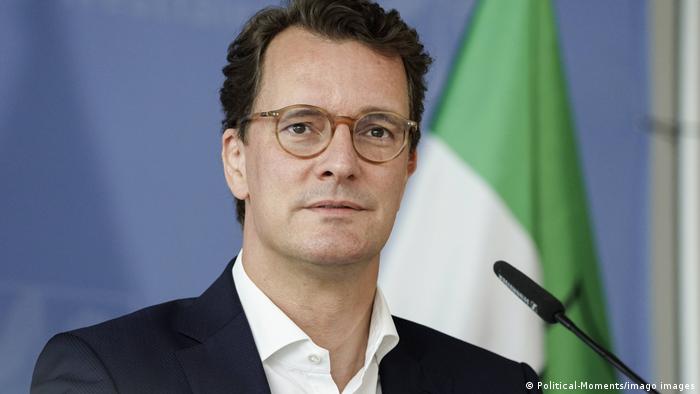 Hendrik Wüst has been designated as the new premier of NRW

What happened at the national elections?

The CDU garnered just 24.1% of the vote in the September ballot, losing out to Germany's other major party, the center-left Social Democrats (SPD), which has for years served as its junior partner in a so-called grand coalition.

On Friday, the SPD announced it was starting formal talks to form a new coalition government with the center-left Greens and the business-focused Free Democrats (FDP), who came third and fourth respectively.

If the talks succeed, the SPD's Olaf Scholz is highly likely to become Angela Merkel's successor as chancellor. 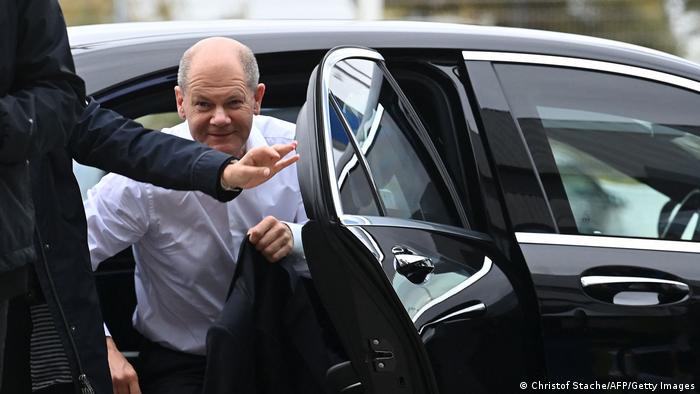 The SPD's Olaf Scholz is likely to be Germany's next chancellor

What happens now with the CDU?

Laschet has already expressed a willingness to step down as party chairman in addition to quitting his job as state premier, but says he will remain until a replacement is selected.

Normally, the leader is chosen by delegates of the 400,000 party members, but there have been calls for the vote to involve the whole membership, amid accusations that the party had lost touch with its base.

Several of the party figures who are in the running for the position spoke at the congress.

On Saturday, Health Minister Jens Spahn said he wanted to "shape this new CDU," speaking of a "crisis of cohesion" in the party

The ultra-conservative finance expert Friedrich Merz, who competed with Laschet to be the party's candidate for chancellor and lost, on Friday warned that the CDU was "on the verge of collapse."

In a speech that was especially well-received, Carsten Linnemann, the deputy chairman of the CDU/CSU parliamentary group, called on the conservatives "to tackle the really hot topics," such as the future pensions system. He said the status of the CDU as a mainstream party was at stake.

The annual CDU youth congress has no role in deciding the leadership of the CDU but potential leaders will have been under scrutiny for their performance at it.