Chancellor Angela Merkel has been heavily criticized by the Federation of German Industries. The organization's head stated that her administration had damaged businesses. 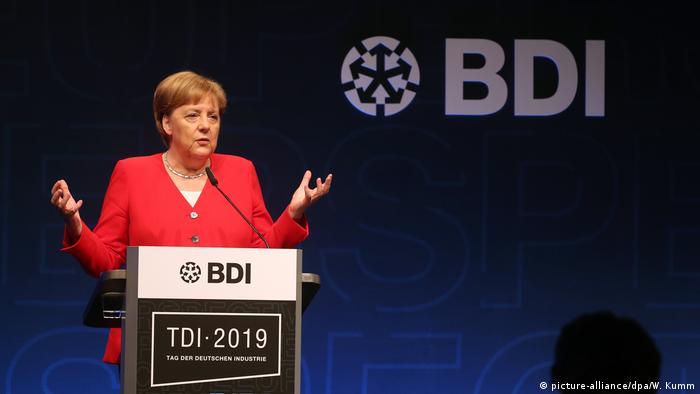 Angela Merkel's policies came under heavy criticism on Tuesday as her coalition government was accused of compromising the business sector.

Dieter Kempf, the president of the Federation of German industries (BDI), preceded the Chancellor's address at Tuesday's annual industry conference with a ringing rebuke. He said the coalition government had "gambled away" the trust businesses had in it by not delivering on digitization. 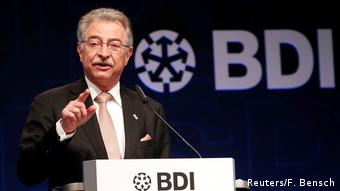 And Kempf didn't hold back in his opinion on the government's strategies. "Government policies are harming companies," he said, adding that the ruling coalition stood for "fainthearted implementation of piecemeal social policies and an unhealthy level of redistribution."

Kempf also had stern words regarding the problems affecting a Social Democrat Party in disarray following recent upheaval. "We demand that the coalition parties deliver on their mandate. We call for a federal government to be consistent," he said.

In a clear reference to the resignation of SPD leader Andrea Nahles, Kempf added that political harmony had "become more difficult" as a result.

Merkel gave a retaliatory speech in which she highlighted the government's efforts to rectify the industry's mistakes, such as the auto emissions cheating scandal. The chancellor said: "I do not want to say how many hours I spent in recent months with the rule violations of the auto industry."

Merkel extolled the virtues of teamwork. "We have a joint responsibility. Trust in the federal government is important, but trust in industry is also important," she added. "We can only manage this together."

German firms should prepare for a no-deal Brexit, the head of the BDI Federation of Industry has warned. "A hard Brexit would be disastrous," he said as the UK prime minister fights for approval of her exit deal. (18.11.2018)

Three SPD politicians, including two state premiers, are set to provisionally lead the party after Andrea Nahles announced her resignation. When the party will elect a new leader will be determined later this month. (03.06.2019)