Tearful Germany captain Bastian Schweinsteiger has been given an emotional send-off by fans in his 121st and final game for his country. The match was reduced to a sideshow as the world champions beat Finland 2-0. 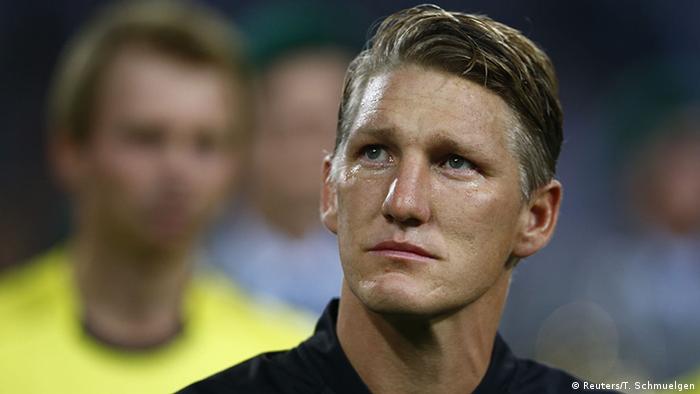 Schweinsteiger, who made his debut in a friendly against Hungary in June 2004, announced he was retiring from the national team in July.

The 32-year-old Manchester United midfielder broke down in tears at a presentation ceremony before kickoff in the friendly in Mönchengladbach and after receiving an award marking his final game made a short speech thanking the fans.

“It was a great honor for me to play for Germany. And a very, very great honor to play for you fans,” Schweinsteiger said. “We will see each other again somehow. Until then I wish the DFB all the best.” 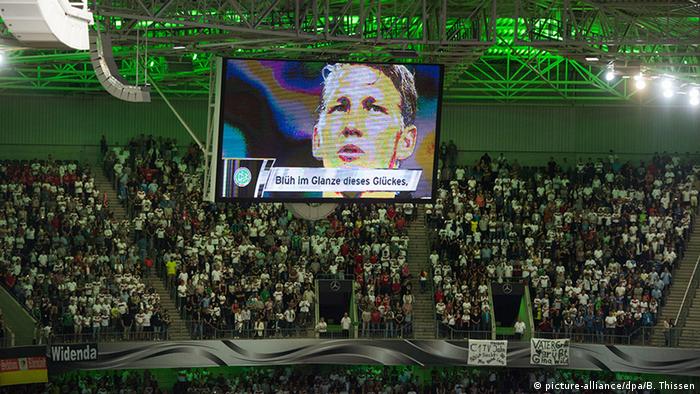 Once the game was underway, around 30,000 who had turned up to Borussia Park cheered Schweinsteiger every time he touched the ball.

Germany almost went ahead after 27 minutes when an attempted clearance by Finland defender Paulus Arajuuri came back off a post.

Mario Götze broke clear into the penalty area five minutes later but dithered too long and his eventual shot was blocked.

Götze provided the assist that put Germany 1-0 ahead 10 minutes into the second half.

Schalke midfielder Max Meyer stormed into the box and rifled Götze’s centre past Lukas Hradecky in the Finland goal.

Schweinsteiger’s Germany career came to an end and he was given another rousing ovation after 67 minutes when he was replaced by Julian Weigl.

Moments earlier a fan managed to access the pitch and took a selfie with a smiling Schweinsteiger before running off.

Germany doubled their lead 13 minutes from time when substitute Mesut Özil’s cross was deflected into the net off Arajuuri, with Hradecky also getting a touch.

Schweinsteiger had more caps than the rest of the starting 11, including debutant Niklas Süle at left back, put together.

It is unclear where Schweinsteiger will continue his club career having been told he is surplus to requirements by United manager Jose Mourinho despite having two years left on his contract.