Slow global trade, auto industry troubles and low water on the Rhine all contributed to a final-quarter growth of zero percent, meaning Europe's biggest economy dodged a technical recession by the smallest of margins. 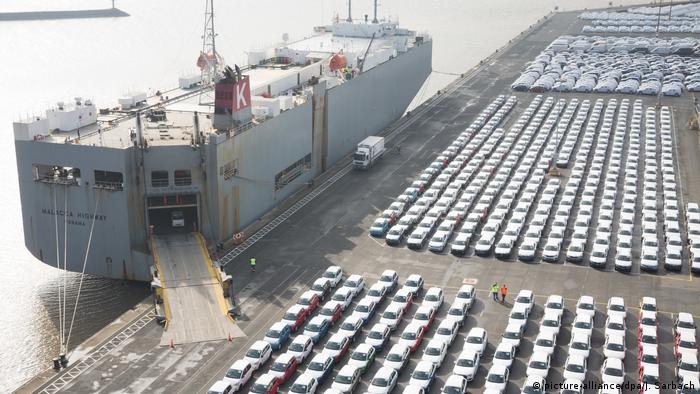 A decline in the third quarter of 2018 had raised fears of a technical recession, defined as two consecutive quarters of negative economic growth.

Europe's largest economy enjoyed a "first half year with plenty of momentum", adding 0.4 percent in the first quarter and 0.5 percent in the second, federal statistics authority Destatis said, adding: "A small trough in the second half of the year" brought shrinkage of 0.2 percent between July and September and no change in the final three months.

The figures reflected a decline in car sales blamed on new emissions' tests, the trade conflict between the US and China, and fears of a no-deal Brexit. The German industry and trade association (DIHK) said on Thursday its members' major concern was that Brexit posed the risk of additional costs due to the bureaucracy of applying trade tariffs.

Low water on the Rhine river due to a long, hot dry summer reduced passage of the industrial barges transferring goods from Holland through Germany to Basel on the Swiss border. In October, the water level on the Rhine fell below 30 centimers (11.8 inches), in Kaub, near Frankfurt. This was less than a third of the draft needed to float even a small, empty barge.

Despite the gloomy figures, ING Diba bank economist Carsten Brzeski commented: "Economic fundamentals remain solid and from here on, chances of a gradual rebound are still much higher than chances of yet another disappointment."