Germany and the Philippines have agreed to put a decade-long dispute over an airport terminal contract behind them. In Manila, Germany’s foreign minister has said he sees great "potential" between the two countries. 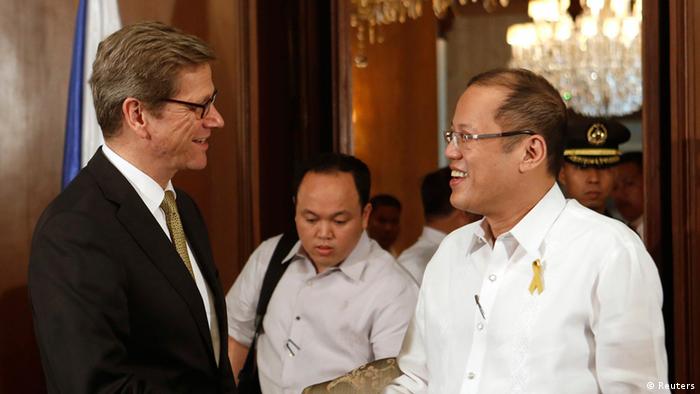 Referring to the airport contract row Westerwelle said, "This shouldn't be an obstacle for our economic collaboration."

“We see a lot of potential between our countries and it is on us now to pursue this opportunity,” he said in Manila.

Tensions flared between the countries in 2002 when the government of former president Gloria Macapagal Arroyo canceled the 1997 contract awarded to a German-led syndicate, headed by Fraport AG, to build and operate a third terminal at Manila's Ninoy Aquino International Airport.

Ever since then, Fraport has been suing to recover the $425 million (314 million euros) that was lost from the project. The Philippines were ordered to place $175 million in escrow for the developers amid international arbitration.

Del Rosario signaled that his country is ready to resolve the issue: "While we have not come up with a magical formula that would quickly make the issue disappear, I have come to an understanding with Minister Westerwelle that we are looking forward to a positive resolution of the Fraport issue.”

In an interview with Deutsche Welle, the German Foreign Minister Guido Westerwelle calls upon the US President Barack Obama to push forward nuclear disarmament. (05.02.2013)

"We are optimistic about this considering the openness that both sides have expressed regarding possible options that we could explore," he said.

Westerwelle was accompanied on his visit by a delegation of German business representatives interested in possibly investing in the country, the foreign minister said.

The countries' bilateral trade was worth $3.1 billion in 2011 with Germany as the biggest source of tourists to the Philippines.

Westerwelle embarked on his southeast Asia trip on Wednesday and is set to travel on to Singapore and Indonesia in the coming days.