In 2017, a Facebook video posted by the far-right AfD amassed numerous hate-filled comments against refugees. German authorities said they've fined nearly 100 people over their remarks and are probing scores of others. 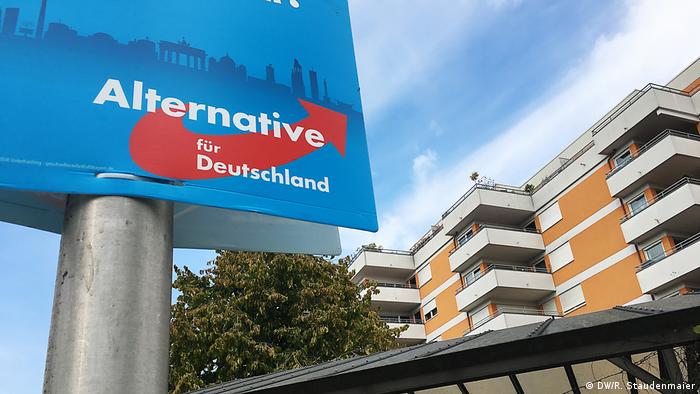 German prosecutors in the southern state of Bavaria said on Friday that they've launched 257 official incitement investigations over a Facebook campaign by the far-right Alternative for Germany (AfD) that targeted asylum-seekers.

The investigations have resulted in fines for 97 people so far, prosecutors in the town of Deggendorf told local public broadcaster Bayerischer Rundfunk.

Three people have been formally charged with incitement, although it is not clear when their court dates will be.

Another 56 cases had to be dropped, as investigators could not determine exactly who was behind the comments as users hid their identities with pseudonyms. 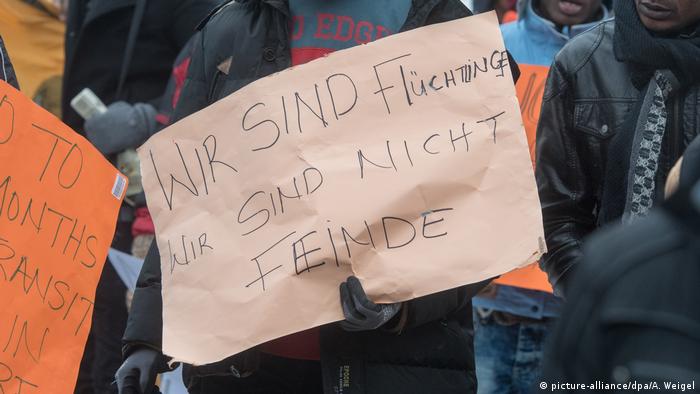 During the protest that the AfD filmed, asylum-seekers held up signs reading: "We are refugees. We are not enemies"

The massive incitement case concerns a video posted in 2017 by Deggendorf's local AfD branch that criticized a protest by asylum-seekers.

The demonstrators were carrying out a hunger strike and protesting against the conditions at a migrant processing center in the town.

The livestreamed video garnered hundreds of "insulting, hateful, and xenophobic comments," reported Bayerischer Rundfunk, who was shown the comments that are currently under investigation.

"Is it hunting season?" asked one user.

Others used insulting and racist terms and called for the protesters to be gassed or sent to the Nazi concentration camp Auschwitz.

The comments came not only from Facebook users in Bavaria, but all across Germany, prosecutors told Bayerischer Rundfunk. Authorities added that none of the comments were sent from foreign accounts.

'No one can hide behind a screen'

Martin Sicher, the head of the AfD in Bavaria, said that the party blocked Facebook users who made comments that could be criminal.

"We would wish that the state controls its own borders as it does online comments," Sicher added.

Other officials in Bavaria hailed the progress in the investigation.

"No one can hide behind a screen, not even with pseudonyms or made-up names," Bavarian Interior Minister Joachim Herrmann said.

Facebook and other social media giants have come under fire in recent years for not doing enough to combat hate speech on their platforms.

In Germany, it is illegal to spread messages that "incite hate" against others based on their nationality, race, religious or ethnic backgrounds.