Berlin has said that it will leave "no stone unturned" to discover how a soldier was able to register as a Syrian refugee. The 28-year-old German man is suspected of planning to carry out a xenophobic terror attack. 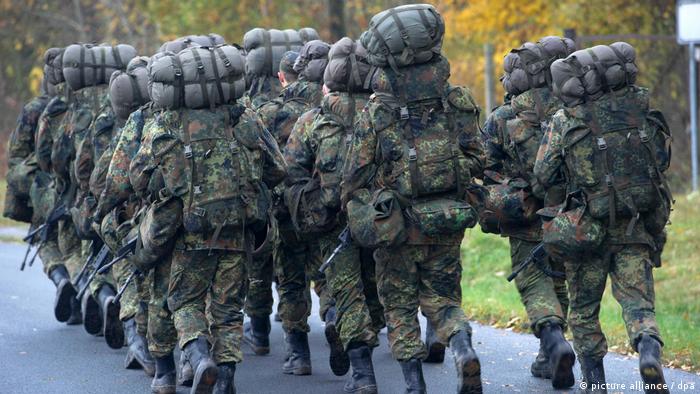 The German Interior Ministry admitted on Friday that "mistakes were made" in the case of a 28-year-old soldier who was able to fool authorities and register as a Syrian asylum-seeker and receive financial aid. To make the case even stranger, it appeared that the man and an accomplice were plotting a violent xenophobic attack.

Germany's defense minister has sharply criticized army leadership over the handling of a series of scandals. Her comments have not gone over well with the army support organization. (01.05.2017)

The judge said the defendants' guilt was negligible. The decision sparked heated discussion, with some saying the men had showed moral courage and others saying the dismissal opened the door to "arbitrary law." (24.04.2017)

"It was a wrong decision," to grant the man financial aid and lodging in a refugee home, said ministry spokesman Tobias Plate, adding that "the Interior Ministry and the Federal Office for Migration and Refugees will now leave no stone unturned until we know how this could happen."

Plate insisted, however, that there were no structural loopholes in registering refugees in Germany. "Instead, it seems that established and required security measures, which all those involved should have known about, weren't followed," he said.

The lieutenant has been identified only as Franco A. due to German privacy laws. He was arrested at any army base in Hammelburg, Bavaria on Wednesday after investigators found reason to believe he was planning an attack that he may have sought to blame on refugees.

Franco A. was first taken into custody in neighboring Austria in February, when he went to retrieve a pistol he had stashed in a bathroom at the Vienna airport. After releasing the man due to insufficient evidence, Austrian authorities informed their German counterparts, who matched his fingerprints to an asylum registration from 2015.

A second man was also arrested in connection with the alleged plot, a 24-year-old student from the soldier's hometown of Offenbach, near Frankfurt. A preliminary investigation of his electronic devices revealed staunchly xenophobic views, the police said.

No authorities have yet commented on how the solider passed for Syrian despite being unable to speak Arabic. According to the Defense Ministry, the soldier had passed all of his regular security checks since joining the Bundeswehr.

The German army is currently investigating hundreds of allegations of right-wing extremism within its ranks.